Things We Saw Today: Margot Robbie Wants “a Harley-Poison Ivy Relationship” in the DCEU as Much as We Do 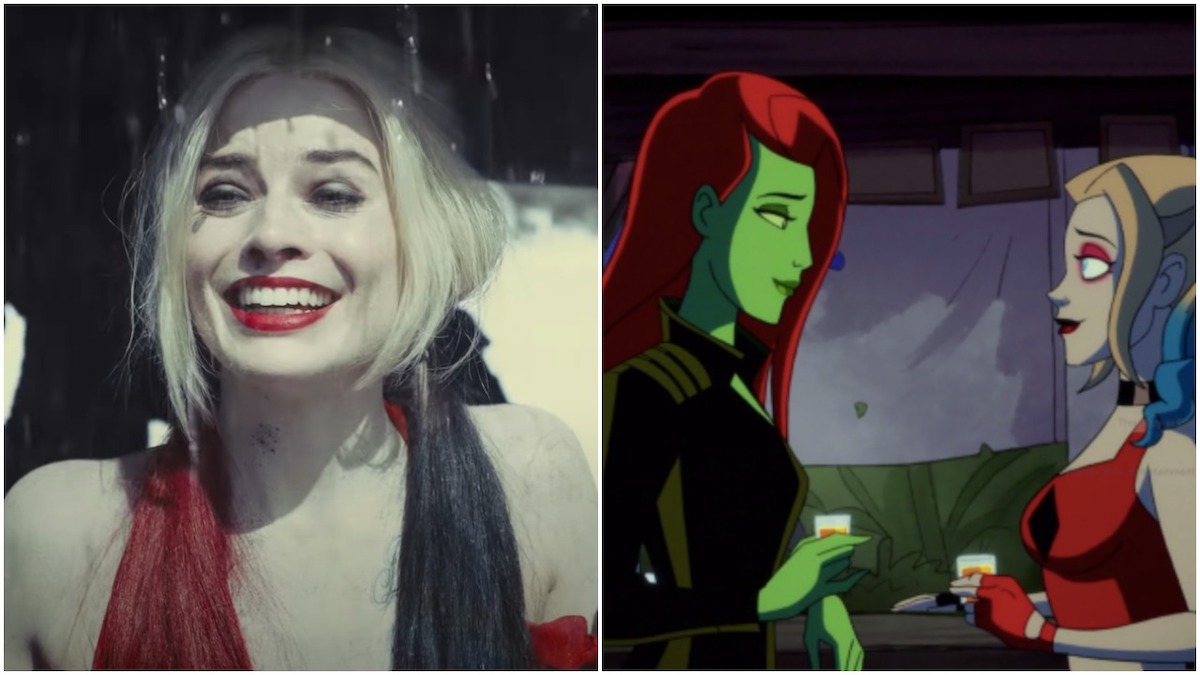 Now that Harley Quinn has become firmly established as an essential part of the DCEU, the obvious question would seem to be: When are we going to get to see her team up with Poison Ivy?

The dynamic between Harley and Ivy is arguably the best part of the overall fantastic Harley Quinn animated series, and the “Harley and Ivy” episode of the 1990s Batman: The Animated Series is just plain iconic. Their relationship in the comics is beautiful and deep and complex. Birds of Prey made Harley’s bisexuality DCEU canon so yes, let’s explore her relationship with Poison Ivy on the big screen!

Margot Robbie not only plays Harley but also produced BoP—as well as the upcoming Gotham City Sirens, which does feature both women, plus Catwoman, but seems to still be on indefinite hold.

In an interview with Den of Geek, Robbie said that she wants to see that relationship explored just as badly as the rest of us do:

“Trust me, I chew their ear off about it all the time,” says Robbie, when asked if there has been any discussion of bringing Poison Ivy to the DCEU. “They must be sick of hearing it, but I’m like, ‘Poison Ivy, Poison Ivy. Come on, let’s do it.’ I’m very keen to see a Harley-Poison Ivy relationship on screen. It’d be so fun. So I’ll keep pestering them. Don’t worry.”

Previously, Robbie had discussed wanting to see the Harley-Poison Ivy relationship come to the DCEU with PrideSource, saying: “If you read the comics you know that Poison Ivy and Harley have an intimate relationship. In some comics they convey it as a friendship; in other comics you can see that they’re actually sexually involved as a couple. I’ve been trying to—I would love to have Poison Ivy thrown into the universe, because the Harley and Poison Ivy relationship is one of my favorite aspects of the comics, so I’m looking to explore that on screen.”

In addition to Gotham City Sirens (which is hopefully not entirely dead, just on an extended pause), Cathy Yan has previously said that if she were to do a Birds of Prey sequel (PLEASE!), she’d want to focus on the Harley/Ivy relationship. Everyone wants this! Please make it happen, Warner Bros!

What do you all think? Are you anxious to see this relationship develop? Do you have any dream-casting ideas? (via Den of Geek)