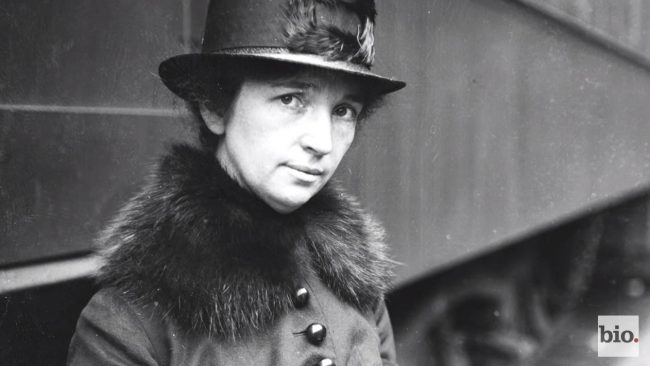 Black Bicycle’s Erika Olde points out this story is “so relevant given our recent election and today’s climate as we are once again forced to deal with basic human rights.” Ciarrocchi praises Feldman’s novel, saying she was “struck by the nuance, transparency, and daring of her portrait. Her soul explores the often brutal nature of activism and, most audaciously, the plight of the female soul.”

It seems like the biopic will cover a long span of Sanger’s life. Here’s the synopsis of the book:

Published by HarperCollins in March, Terrible Virtue focuses on Sanger as the daughter of a hard-drinking, smooth-tongued free thinker and mother worn down by 13 children, who vowed her life would be different. Following Sanger’s training as a nurse, her work alongside labor organizers, anarchists, socialists and other progressives and eventually her devotion to the cause of legalizing contraception, the film examines the risks she took and the impact she had that lasts to the present day.

Jezebel notes it’s unclear whether or not the film will address Sanger’s views on eugenics, but this subject does take up some part of Feldman’s novel. Additionally, Ciarrocchi’s praise for “nuance, transparency, and daring” seems to suggest we’ll be getting a candid look at the activist’s life.

Honest representations of abortion and reproductive rights are still a challenging subject in Hollywood which, more often than not, presents itself as “No-Choice.” Hopefully telling this story on the big screen will foster more awareness and dialogue off-screen. One movie that I think does this particularly well and is set in a similar time is the 2004 film Vera Drake, which is due for a timely rewatch.

Are you looking forward to a Margaret Sanger biopic?

(via Jezebel, Image via BIO on Youtube)
Want more stories like this? Become a subscriber and support the site!