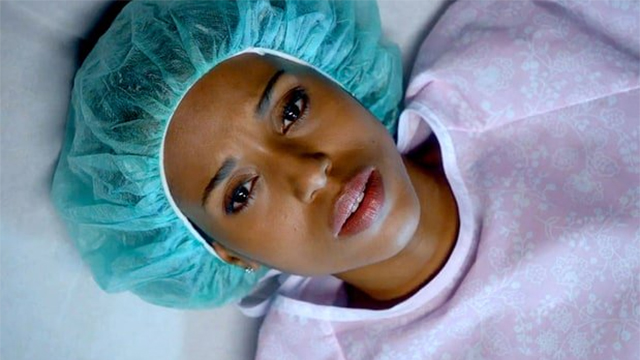 In an interview with WWD, Kerry Washington spoke about election season, her new OPI nail collection, and her role as Olivia Pope on Scandal. Washington specifically discusses a episode from last November, where Olivia makes the decision to have an abortion, the same decision that 3 in 10 women will make by the time they’re 45. While the episode received some backlash, Washington says:

[Abortion is] a reality, and more often than not, it’s a really difficult choice to make. The same was true for Olivia, but by not having those moments represented in media, we add to the idea that there’s something shameful to be talked about. It’s always important that our storytelling reflects the real experiences of human beings, because it allows us to not feel as alone.

Despite being very common, there aren’t many representations of abortion in media. In fact, much of media actively ignores the option. This NY Times article calls Hollywood “No-Choice,” citing a whole “shmashmortion” genre of women dealing with unwanted pregnancies and carrying it to term with the word abortion never even being uttered or brought up. Additionally, when abortion is brought up, it’s often condemned of the character changes their mind at the last minute. Almost half of unwanted pregnancies end in abortion, something media fails to reflect.

As Washington says, this lack of representation reinforces the social stigma behind abortion. Having honest and diverse representations of abortion (surprise! Different women will react and think differently!) is an important part of advancing reproductive health and empowering women’s choices. Last year at the same time, movements like #ShoutYourAbortion fought against the notion that having an abortion is something to be ashamed of and a similar backlash shows us how much more work needs to be done.

I recommend reading the full interview, where Washington is absolutely fantastic as she also discusses an inclusive “nude” shade, producing, Anita Hill, and more.