Mara Wilson on Childhood Fame & the Sexualization of Child Actors 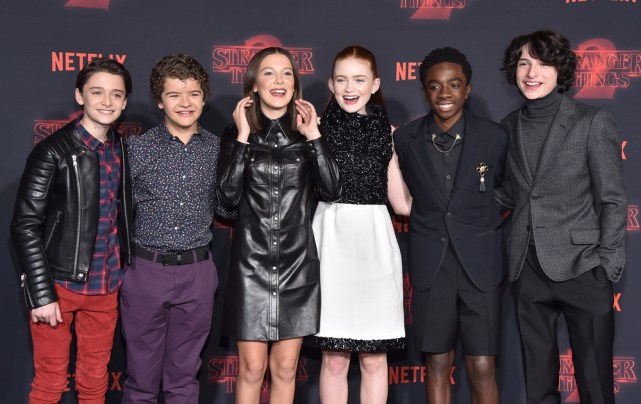 When I was growing up, it was Emma Watson. For the generation before me, it was Mary-Kate and Ashley Olsen. Now it’s Millie Bobby Brown. All of these child actresses have been turned into sexualized objects by older audiences. It’s not just the girls; the young boys are also being called cute, with fans saying how they shouldn’t call them in ten years. While people might frame it as a joke, it doesn’t stop the fact that what’s happening is the sexualization of children.

Mara Wilson understands this well. As a former child star herself, the Matilda actress, whose Twitter handle reads Mara “Get Rid of the Nazis” Wilson, wrote in Elle about her experiences dealing with having been in the spotlight since she was 5. I would recommend the whole article, as it’s very candid and revealing about Wilson’s experiences. “Even before I was out of middle school, I had been featured on foot fetish websites, photoshopped into child porn, and received all kinds of letters and messages online from grown men.” Wilson says that while she can ignore a lot of the comments made against her, it does bother her to see people make comments about other young actors and actresses like Brown.

As soon as I’d hit puberty, it had become okay for strangers to discuss my body. Every time I stumbled across an article about myself, every fear I had about my pubescent body was confirmed: I was “ugly,” which as a woman, made me useless, or I was “cute,” which made me an object. I was “grown up,” which made me vulnerable. Because I was a child actor, my body was public domain.

Just recently, people were upset that Finn Wolfhard (who plays Mike) refused to stop for a picture with fans outside of a hotel. I personally remember attending a premiere of Shin Godzilla after season one of Stranger Things, and several kid members of the ST cast were in the audience. Suddenly, grown men and women went over to them to make sure that they got their Instagram selfie, following the kids to their seats. Was I excited to see them? Of course! However, I wouldn’t have wanted a bunch of adults crowding me when I wanted to see a movie. So I waved to Caleb McLaughlin (who plays Lucas), but I remained in my seat. These are kids, and they should get to be kids. Yet, as I overheard people talking about it, they didn’t care. Once a person becomes a celebrity, their needs and desires become secondary in the minds of many.

Child stars are seen as theirs: their property, their fantasy. Predators can fetishize their innocence and youth without any guilt, because they believe that once a child becomes a public figure, they forfeit their rights to be protected the way a child should. The sad and scary truth is that they have greater access to child stars these days: One can only imagine what John Hinckley or the man who murdered Rebecca Shaeffer could have done if they’d had social media.

People forget the real-life effects of stalking and instead just get into arguments about their entitlement to celebrity attention. Lili Reinhart (Betty Cooper from Riverdale) recently called out a fan who took photos of her while she was eating alone.

No, no, no. This is what’s wrong— you think you’re entitled to take a photo of me while I’m alone and eating because I’m on a tv show. So I asked for it, right? Wrong. I am a human being. I am not Betty Cooper. You aren’t entitled to me. At all. https://t.co/0sF1cjw6yF

Yet, people acted as though Reinhart was to blame for speaking up and saying that it was an invasion of her privacy. The internet and fandom have created a culture where everyone can feel like they are supposed to have unlimited access, and the nature of being an entertainer means blurring those lines, but the line is there. Our empathy towards other people is already seemingly limited, but one thing we try to be is kind towards children. Instead of seeing these actors and actresses as Mike or Will or Eleven, see them as young people going through life with their every action, outfit, and zit for the world to see.

Would you want someone telling a child in your neighborhood how they can’t wait for them to become “legal”?