Apple Adds Maps Navigation to Find My iPhone, Now You and Your Phone Can Both Get Lost 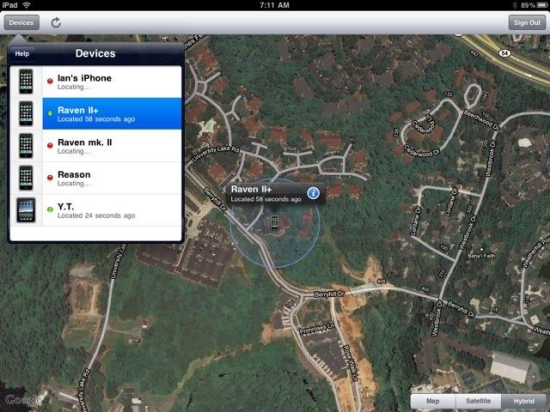 I’ve been pretty hard on Apple Maps, but that’s only because it’s terrible. Instead of fixing it, Apple has integrated Maps into the Find My iPhone feature, allowing it to give turn-by-turn navigation to the last known location of the lost device. That’s great in theory, but again, Apple Maps is a nightmare. This has the potential to create more problems than it solves.

The idea behind this move is that it makes it easier for owners of iOS devices and Macs to recover a misplaced item. In theory, they can now load up directions by hitting an icon in the Find My iPhone utility that will fill in the location in Maps. Whether these directions will be to the actual location, or the middle of the Australian desert, isn’t entirely clear, but it’s a nice idea.

A feature that does seem helpful is the ability to have the missing device enter “Lost Mode,” play a sound, or erase the device without leaving the map view. Those all seem like they could come in handy mid-search.

While this should make it easier to find a lost iPhone, it could also lead to some classic heat-of-the-moment bad decision making. I’ve seen people lose their iPhone, fire up Find My iPhone, and gather a posse to track down the scoundrel who took it on more than one occasion. I’m sure most of the time when an iPhone goes missing it’s just left somewhere or misplaced, but if it’s actually stolen, it’s probably not a good idea to try to deal with the matter yourself, even if you do have turn-by-turn directions. Unless you’re Batman.

(via The Next Web, image via el frijole)