Nokia Does the Impossible, Makes an iOS Maps App Worse than Apple Maps 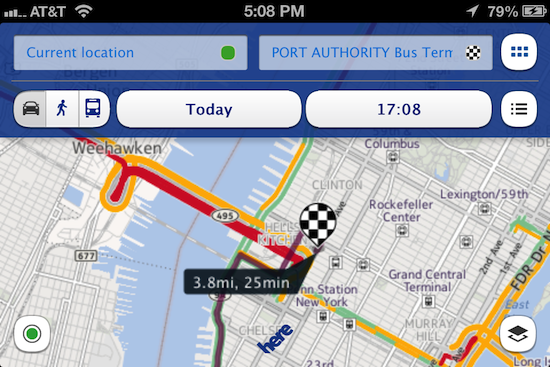 We thought Apple Maps was the bottom of the barrel in terms of iOS navigation, but Nokia just proved how low the bar can go with the release of Here Maps for Apple iOS. The new software manages to be more buggy and less reliable than Apple’s own Maps app, which is really saying something. For anyone hoping a better solution to the whole maps debacle would come along, Nokia’s Here Maps is not that knight in shining armor.

After Wired‘s review of the new Here Maps app called it a “buggy mess,” we had to see for ourselves if it could really be any worse than Apple Maps. After downloading Here Apps and attempting to use it for directions, we immediately got lost. It really is that terrible.

The clean look of Apple Maps at least makes you think it’s supposed to work, but the fuzzy, out-of-focus graphics and slow load times of Here Maps doesn’t instill us with any confidence that it knows where we want to go, or how to get there, or even where it currently resides. After we put in a location, it took a good long while to load our destination, or any of the map around it. We spent a lot of time looking at this screen: 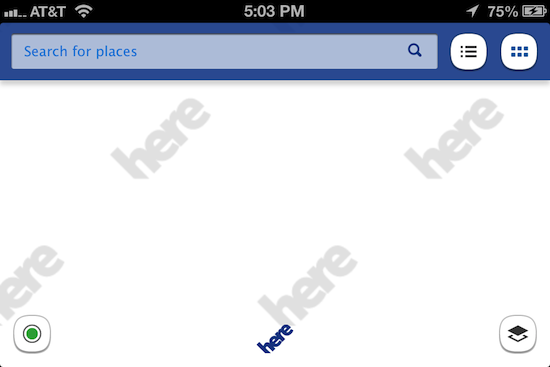 Besides existentially assuring the user that they are “here,” this screen isn’t incredibly helpful.

Moving through features is difficult and not at all intuitive. Once you have a route loaded for directions, it’s hard to navigate your way back to a regular map view, or to cancel or pause the navigation. There are turn-by-turn alerts, but only for walking, and they’re loud. We tried loading a walking route with the turn-by-turn navigation a few times, and every time the voice started at around 90% total volume. Even when we muted the volume before beginning, the app defaulted back to being far too loud.

Someone had to try to fill the roll of a functional map in iOS, and while we appreciate Nokia’s effort, Here Maps just doesn’t cut it.