Mannequin Spies May be Dressing You With Their Camera-Eyes 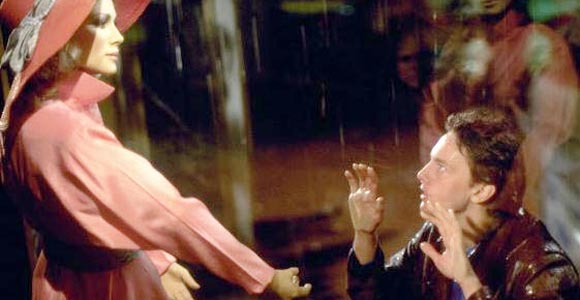 Shopping for clothes can be, for some of us, a private affair. Some people will only shop with their closest friends, others prefer to do it alone. One thing is certain: Nobody wants to get caught and judged after finding that a pair of pants doesn’t fit the way it should. It may concern you, then, to find out that certain retailers have begun employing a new type of camera to keep tabs on their customers, hidden behind the eye-sockets of mannequins.

EyeSee mannequins, produced by Italian fixture maker Almax, are turning seemingly harmless displays into a sentinel security guards and customer data-gathering tools. Though they are being used to keep an eye out for thieves, the primary purpose of the EyeSee’s secret sight is the ability to record data about customers. The cameras are equipped with recognition software that record basic customer information like gender, age, race, and so on, in an attempt to compete with online stores, which easily get access to that valuable information.

Of course, just because these statues exist doesn’t mean you assume that every mannequin is watching you. Secret intel-gathering statues don’t come cheap, and at 4,000 euros ($5,130 USD) per EyeSee unit, your privacy is only in jeopardy at luxury stores. According to Almax, only five retailers are employing them in the U.S. and Canada, at the moment. Though the company didn’t disclose their client list, they said some of their customers are very large brands.

If the thought of being secretly checked out by non-descript displays doesn’t bother you, just wait. Almax says that they’re already working on the next model of EyeSee, which will also be able to hear conversations if customers use certain trigger words related to the store or what a mannequin is wearing.