The Government Maybe Uses Cameras to Track Your Every Move 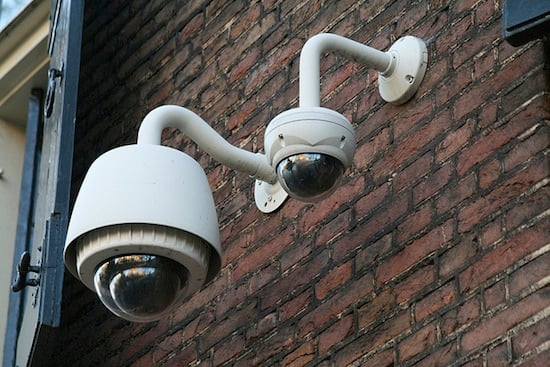 The government is watching you. All the time. People have been saying it for years, and now we kinda, sorta, have proof. Files on TrapWire, a government-sponsored program that allows U.S. intelligence agencies to track people’s movements using surveillance cameras, have surfaced with  the latest batch of Wikileaks documents. Some are saying that’s why the site has been experiencing massive DDoS attacks: To keep this thing under wraps. Conspiracy theories abound.

Allegedly designed by intelligence contractor Abraxas, TrapWire transmits encrypted data from surveillance cameras across the country every few seconds to a bunker somewhere. With capabilities that are supposedly much more accurate than standard facial recognition software, the program was created to monitor the movements of potential terrorist threats at military facilities, national landmarks, and similar places.

However, according to Anonymous, which hacked into the Strategic Forecast Intelligence Agency (Stratfor) last year, the software has been installed all over the place. They’re watching you while you eat that sandwich in the mall food court. They’re taking notes about how you got mustard on your shirt. The system is monitoring a great deal of things that are otherwise meaningless and inconsequential, but with somewhat sketchy purpose.

The weird thing is that information on Abraxas, TrapWire, and everything surrounding this whole event is scarce at best. The corporate websites involved read like they were designed to obfuscate rather than clarify. It’s an odd feeling to be unable to find something even resembling hard evidence on any of this. As of right now, it’s all conjecture. Strong conjecture, but conjecture nonetheless.