The Manhattan Project Labs Might Be National Parks Soon 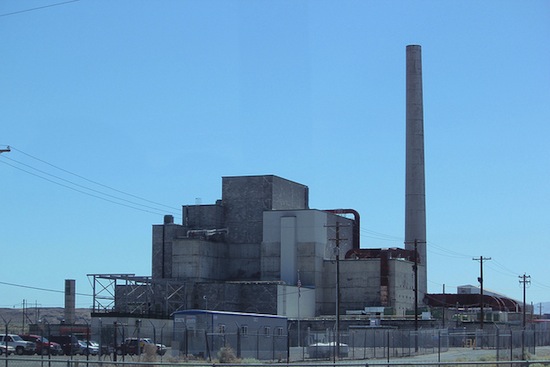 The  three sites that were instrumental in the creation of the atomic bomb could be on their way to becoming permanent monuments to the Manhattan Project. A bill working it’s way through Congress could see Los Alamos National Laboratory in New Mexico, the Hanford Nuclear Reactor in Washington state, and Oak Ridge National Laboratory in Tennessee turned into national parks commemorating the Manhattan Project, which was responsible for the creation of the atomic bomb and the possibility of nuclear reactors for generating power. The Project remains one of mankind’s most impressive scientific achievements — and among it’s most horrific.

Sponsored by Doc Hastings (R-WA), Chuck Fleischmann (R-TN), and Ben Lujan (D-NM), the bill would see the three sites would be considered one park, despite their geographic distance. The park that resulted would be managed as a co-venture between the National Park Service and the Department of Energy (DOE). A vote whether to turn these labs into a park could come to the floor of Congress as early as next week, and we’ll keep you updated with the latest. The three sites are each important in their own way.

Oak Ridge, Tennessee — Put together in just under a year, Oak Ridge National Laboratory housed the X-10 site where physicist Enrico Fermi first isolated plutonium in an experimental reactor. At it’s most populous, more than 75,000 people were employed by the site. Like Los Alamos, it continues as a national laboratory to this day. Unlike it’s more famous cousin, Oak Ridge got out of the weapons business after the end of WWII.

Los Alamos, New Mexico — The most famous of the three Manhattan Project sites, Los Alamos has been a National Historic Landmark since 1965. First directed by Robert Oppenheimer, the lab housed thousands of employees in secret during the Second World War. It was home to a casting call of Nobel Prize winning physicists in it’s time, and is where most of the substantive work was done on the nuclear bomb. The site would continue its work in nuclear weapons for years after, and its name would become synonymous with nuclear warfare. Like Oak Ridge, Los Alamos remains one of the government’s largest laboratories, though it’s now overseen by the DOE and concentrates on peaceful programs like alternative energy solutions.

Hanford, Washington — Hanford was the blue-collar brother of the three Manhattan Project laboratories. Perhaps the least well known of the labs involved in the Manhattan Project, the Hanford B Reactor on the shores of the Columbia River in central Washington was the world’s first large scale plutonium reactor. Rather than acting as a home base for researchers involved in the project or a testing site, the Hanford reactor did the yeoman’s work of creating the atomic bomb, supplying the plutonium for the bomb tested at the Trinity site, as well as the raw material for Fat Man, the nuclear weapon that devastated Nagasaki, Japan. The B Reactor also has the distinction of already being a tourist attraction — despite being housed on one of the most contaminated nuclear sites in the world, people regularly arrive for four hour tours of the historic reactor.