Republicans and Democrats Agree On Manhattan Project National Park, Manage Not to Vote It Into Existence 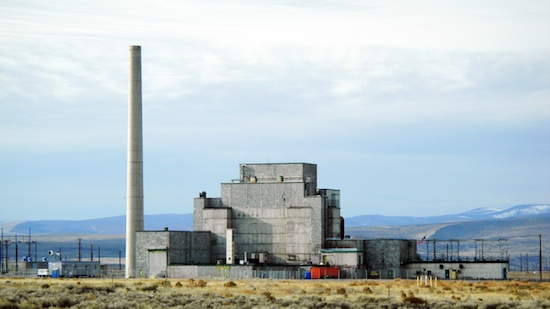 We’ve told you before about legislation in Congress that would make the laboratories that housed the Manhattan Project into a national park, commemorating probably the greatest gathering of scientific minds in the history of time and both the scientific progress (atomic energy) and sickening horror (the atomic bomb) that resulted from it. The Manhattan Project National Historical Park Act finally came up for a vote in the halls of Congress last night, and a majority of our great nation’s elected represntatives — 237 grown adults — agreed that it should be a thing that exists, which, given the state of our political system today, of course means that the bill failed. Confused?

Why did the bill fail with majority support? Because it came up for a vote during “suspension of House rules.” That’s a time for mostly non-controversial bills to come to the floor for an expedited vote, in which they can’t be amended or discussed for more than 40 minutes. The catch? They also need a two-thirds supermajority — that’s 290 votes from the 435 person House — to pass. These special rules are invoked to cut representatives’ time in D.C. during periods — like now — when everybody in Congress really just wants to go home and do the real work of governing in their district and listening to their constituents. Kidding! They are all up for election and just heading home to call their opponents mass murderers and kitten stranglers, because otherwise they will not be members of Congress anymore and would have to work for a living.

While the Act handily made the simple majority that usually means passage for a bill, it fell 53 votes short of the supermajority and failed. Thus, for the time being, a cartoon avatar of it will be forced to sit on the steps of the House of Representatives, looking dejected and hoping for a chance to explain the political process to passing children.

Congressional watchers attribute much of the bill’s failure to Congress being generally just screwed to the wall and unable to accomplish anything, because at this point broadly agreeing on anything in a bipartisan way makes you a coward and a collaborator working to bring America down from the inside. There was also an impassioned speech against the Act by lovable gnome Dennis Kucinich (D-OH), indicting what he perceived as a celebration of the birth of atomic warfare .

While we understand and sympathize with Kucinich’s position, we respectfully disagree with the Ohio rep. The history of the Manhattan Project is a deeply complicated one — on this matter, Richard Rhodes Pulitzer Prize-winning book The Making of the Atomic Bomb is second to none, though a chore to get through at points — and doesn’t come down to just the atomic bomb. Even if it did, to acknowledge a thing is not necessarily to celebrate it. Remembering the nightmare that was the Manhattan Project’s most notable result is infinitely more preferable than trying to forget it, and a good deal wiser in the bargain. While more representatives agree with us on that point, not enough do to make that remembrance a reality.

The act’s sponsor Doc Hastings (R-WA) hasn’t given up on the park, though. He was heartened by the bipartisan support the bill received from members on both sides of the aisle, who are generally not allowed to agree on anything anymore because everyone in Congress thinks everyone else in Congress hates freedom and America, which is how democracy works best. Hastings is hoping the bill will have a second chance before the end of the year, when members of a lame duck Congress from both sides of the aisle could conceivably agree with one another on a thing like national parks without being tarred, feathered, and thrown off of the highest convenient bridge when they get back to their home districts.

In related news, holding your breath on that last thing happening would be a really, really crap idea, so please, for your own safety, don’t do it.