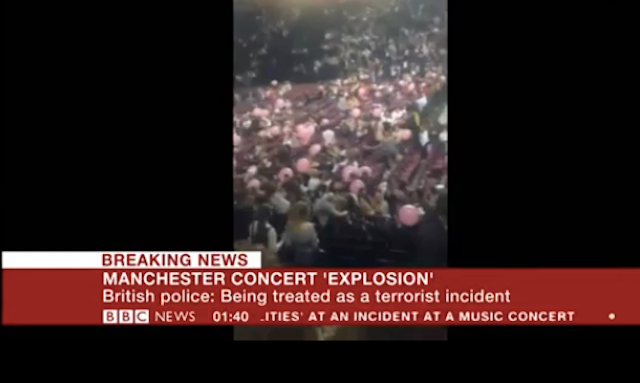 I’ve been glued to Twitter and BBC news since the first reports of this horrific event at the Manchester Arena started rolling in. Here’s what we know so far.

According to the BBC, police in Manchester are now treating the explosion as a suspected terrorist incident. 22 people are confirmed dead, with more than 59 injured. The blast occurred at 10:35pm, right after American pop star Ariana Grande had wrapped up her concert at the 21,000-seat arena. It’s unclear at the moment how many of the injuries were directly the result of the explosion, and how much damage was caused by the subsequent panic and rush to get out.

Most of the witnesses who have been talking to the BBC report hearing a large “bang” by the box office foyer area, which is located by the venue’s main exit. Early footage uploaded on social media show scenes of complete hysteria from the crowds inside the arena—understandably so, but likely exacerbated by the fact that the majority of those in attendance would have been quite young, including children and teenagers without guardians.

Live music is communion and the best, purest music fans are always kids and teenagers. My heart aches for Manchester.

Grande, a former Nickelodeon star turned songstress, has a huge fanbase of kids, preteens and teens. She’s currently on the British leg of her “Dangerous Woman” tour. The singer’s representatives confirmed to the media that she was “okay.” Grande has since Tweeted, “broken. from the bottom of my heart, i am so so sorry. i don’t have words.” 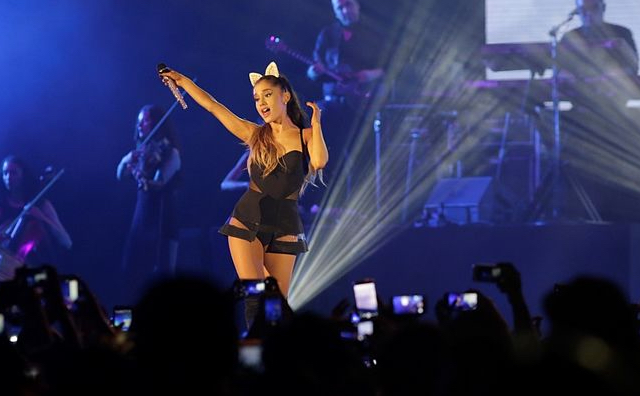 If this event is confirmed as a terrorist attack, it is a particularly cruel target. (Update: The Manchester police now believe one suicide bomber using an improvised explosive device was responsible for the attack.) I’ve heard four separate BBC witnesses say that they bought the concert tickets for their children as Christmas presents, and for some attendees this would have been their first big concert.

I’ve watched too much breaking news unfold over the years to want to jump to conclusions about what happened too quickly. We’ll likely be receiving a lot more information as the night progresses. I’ll update this post if we learn additional information from the authorities.

In the meantime, this video helps me in situations like this:

“Always look for the helpers. There will always be helpers.”

The helpers are already out in force—an enormous police and medical response, residents and visitors pitching in to offer rooms, supplies, and comfort, reports of cab drivers from Manchester and surrounding areas massing at the arena to offer free rides. There will always be helpers.

[UPDATE, 2:40am] AP reports that the death toll has officially been raised by the Manchester police from 19 to 22. The police now believe one suicide bomber was involved, who set off an improvised explosive device at the arena. It is unknown if he was assisted.

[UPDATE, 11:33pm] Harrowing accounts from witnesses and victims in The Telegraph and Slate.

[UPDATE, 11:28 pm] Emergency phone number to call for those worried about loved ones in Manchester:

And commenter Richard Gowen points out, “Also, from the Republic of Ireland’s UK Embassy Twitter account: Anyone with concerns for Irish citizens in Manchester can contact the Embassy 02072352171 or Dublin +353-1-4082000.”