British Man Pops The Question To Girlfriend Dressed As Batman, No, It Wasn’t Christian Bale 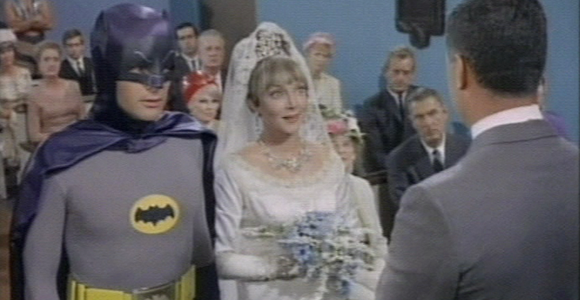 Ryan Gleeson wanted to propose to his girlfriend. He wanted her to say yes. Well, who says no to Batman? No one, that’s who. Hit the jump to see a man in a Batman costume scaling down from the roof of a shopping center to surprise his lucky lady.

Gleeson hails from Towcester, Northamptonshire in the U.K. and took a rather large leap of faith with this creative proposal idea, especially since he’s afraid of heights. 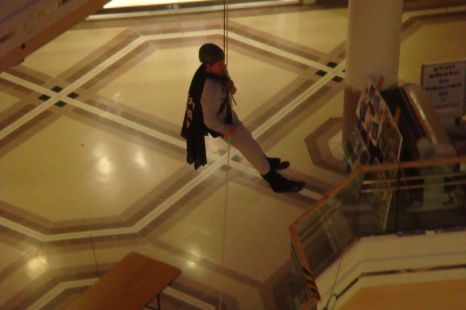 His girlfriend Charlotte Kinman looked up to see Gleeson making his way down from the ceiling of the West Orchards Shopping Centre, in Coventry with the words “Charlotte Will You Marry Me?” on his cape. 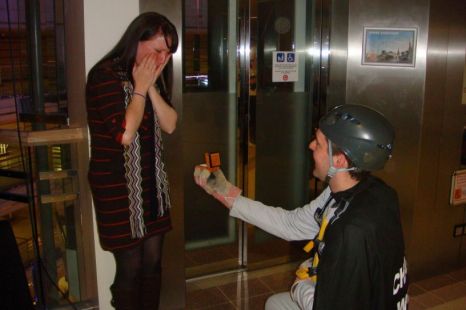 And as predicted, she said yes. The cutest part about this whole adventure? Batman’s safety helmet.