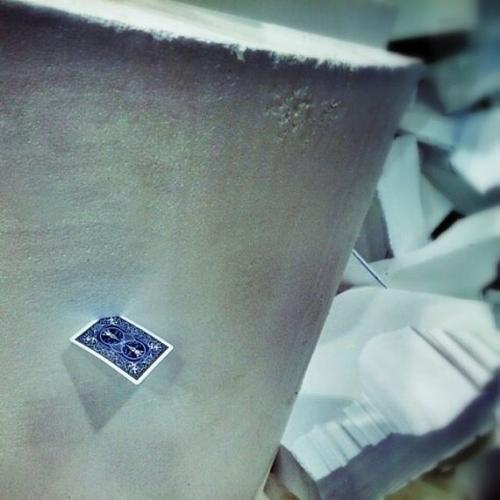 Man of Steel sequel cinematographer Larry Fong followed up his Tweet of a playing card, above, with an exchange (behind the jump) that implies a certain level of derision at people who are freaking out because “OMG DOES THIS MEAN THE JOKER MIGHT BE IN THE MOVIE?” Larry. Don’t even act like you, the Man of Steel sequel cinematographer, did not know you couldn’t casually post a picture of a playing card without people losing their sh*t. You have an active Internet presence and a filmography that includes several geek-skewed projects (Lost, The Watchmen). You knew.

@ErikDavis Finally, someone who can see the obvious. Thank you.

Fong’s either legitimately teasing the Joker’s presence in Man of Steel 2 (since it’s already being filmed the Joker would probably only be referenced, or maybe be given a cameo, as a lead-in to Zack Snyder‘s Justice League movie), or he’s a massive troll. Or both.