The One Thing You Don’t Change About Superman’s Origin? Zack Snyder’s Man of Steel Might Have Changed It. 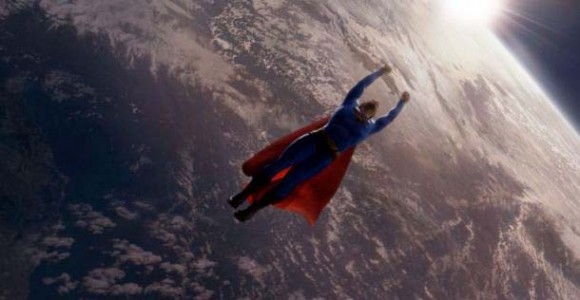 We can debate how much non-superhero fans know about one of the world’s most famous superheroes but when surveying the general population, they’d probably be able to give you the gist of Superman. There are certain themes, plots, and characters central to what makes the character who he is, but if a recent magazine blurb is to be believed, Zack Snyder’s Man of Steel has altered the 75-year-old DC Comics origin in a huge way.

While we can’t call this particular item fact (it wasn’t said by anyone at the studio), it was written in a major entertainment magazine’s summer film preview story discussing Man of Steel’s plot. With that in mind, proceed at your own risk for possible/probable SPOILERS.

To be fair, Snyder has gone on record to say he’s been pretty happy about keeping the plot details of the film quiet but we have heard there’s no kryptonite in the movie. Now originally I thought that was just a creative choice – kryptonite has been overused as Superman’s weakness for years – but now I think there’s an in-film reason for it. Entertainment Weekly writes:

In this iteration, Clark Kent’s heroic tendencies would rise to the surface only when the threat was great enough. It would have to be a global menace — one that might also trigger an internal conflict about whether he belongs on Earth even as he yearns to be among his own kind. That’s what pits him against General Zod (Boardwalk Empire‘s Michael Shannon), a Kryptonian tyrant who wants Clark to join him back on Krypton, which would mean abandoning his post as defender of the weaklings of Earth.

Uhh…is Krypton still around in Man of Steel? And if so, what the ever-loving shit?!

The idea to keep Krypton “alive” as it were, isn’t new. It’s certainly a plot device thrown around by several creators involved with the failed Superman Lives project. My podcast co-host Alan Kistler and I discussed this just a few weeks ago on our show. Producer Jon Peters was one who pushed for Krypton to not be destroyed in several drafts of the script to which Alan said, “of course it has to blow up, that’s the story!” We equated it with someone asking if the One Ring had to be evil in The Lord of the Rings, it’s the basis for the entire story.

We can hold out hope the blurb is actually indicating Zod has no idea Krypton has been destroyed by the time he reaches Earth but I’m genuinely worried now. What do you think of the possible alteration to Superman’s origins? I’ll still be seeing the film regardless, don’t get me wrong, but if it’s true, it’s going to bug me as a fan to no end. Particularly if it doesn’t serve a good purpose or takes away from the specialness of the character.