Maleficent: Once Upon a Feminist’s Dream? 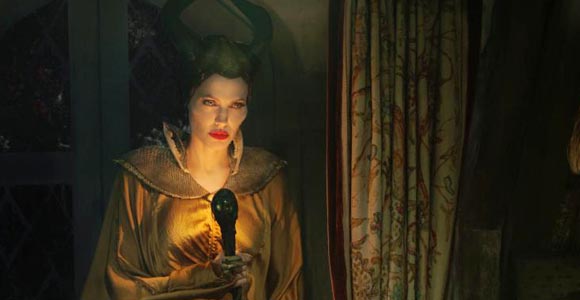 This certainly isn’t the Maleficent you know and love, but that’s a very good thing.

As much as I’d seen of Disney’s Maleficent (we were sharing clips fairly often), I still didn’t know a great deal about the plot going in. All signs pointed to them turning one of the all-time greatest Disney villains (I would say greatest, period), into a sympathetic character, and I think it’s safe to say few of us actually wanted to see a film like that. So if you were hoping to see Angelina Jolie as the most evil evil that ever eviled, you’re out of luck.

But that’s not to say Maleficent didn’t work. In fact, I enjoyed it a great deal.

Knowing I likely wasn’t going to get a movie focusing on a true villain, I put aside my initial wants for that story as I sat down to watch. It probably helped with my enjoyment and is something I’m sure many longtime Sleeping Beauty fans weren’t able to look past if my Twitter feed is any indication. Maleficent tells the tale of the 1959 animated Disney feature not just from a different perspective, but from an entirely different feminist landscape.

That being said, I must point out that while the film takes a feminist stance, it does so from uneven footing. As many of us surmised, Maleficent’s descent into villainy is caused solely by her betrayal from a man she cared for. Having little experience with the “world of men,” Maleficent wasn’t adequately prepared for one’s (in this case Stefan, a peasant with an eye for the throne) greed to be stronger than love, or even loyalty. Upon finding out the death of the fairy woman would allow him to ascend to the throne (no idea what was up with the line of succession there), Stefan, played by the somewhat underutilized Sharlto Copley, uses his relationship with Maleficent to steal her wings. He’s not just greedy, he’s a coward, and drugs her first in order to kill her. But when he can’t bring himself to, he instead cuts of her wings, bringing them back to the King as proof of her death.

And that is honestly the crux of her villainy – men are evil. Or at least, this man is evil for what he did to me and I must get revenge. It’s not a good message on any level. If you were going the J.R.R. Tolkien route, men as a race, are greedy, weak, and susceptible to evil, that would be one thing, but a larger lesson is never served. The evil is basically contained within one man, one kingdom. And Maleficent herself doesn’t do anything all that bad. She shuts the borders of their land, and things are pretty gloomy where they used to be happy-go-lucky, but the only person she’s intent on harming is King Stefan. She does, when his daughter Aurora is born, and that’s where the film takes its great turn.

Fans of the animated film may get giddy as I did during the christening scene, which stays fairly close to the original version. Here’s where the Maleficent we know and love shows her beautifully chiseled face. The three “good” fairies, played by Imelda Staunton, Juno Temple and Lesley Manville, are tasked with keeping Aurora safe until the day after her sixteenth birthday. It’s a task they are wholly unprepared for. They don’t even know how to feed a child, which is where Maleficent’s hand comes in. Because she wants to eventually see her revenge play out, she and her crow servant Diaval (an extremely cool character, played by Sam Riley, I wished we’d seen more of), help insure Aurora’s survival. Enter Elle Fanning. 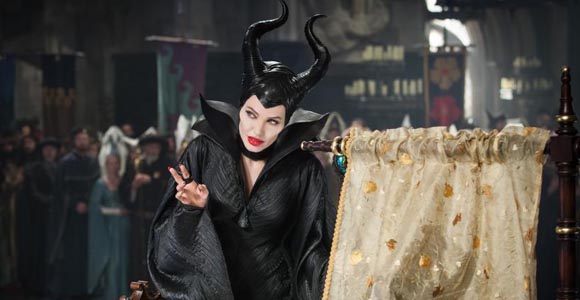 Aurora, having noticed this crow and lady in black with horns her whole life, considers Maleficent her fairy godmother. Something she initially laughs off until she realizes, hey, this Aurora girl is kinda nice. I got my hopes up the film would do what I guessed at this point, thinking it would never actually happen. And then it did.

Aurora, having met Prince Phillip (played wonderfully by Oculus‘ Brenton Thwaites) briefly in the woods, is reunited with her father. But he’s too busy making sure he can kill the woman he already attempted to destroy. Aurora eventually finds he way to a spindle, falls into her sleep-coma, and when the fairies urge Phillip to kiss her, he tells them he wouldn’t feel right about it.

Granted, the pushy fairies have him do it anyway but, like I hoped, it doesn’t work and it’s Maleficent’s kiss which counts for “true love” in this fairy tale. It’s possible to have non-romantic love strong enough to beat evil.

And yeah, the dragon was pretty great too.

To my mind, the main weaknesses in Maleficent lie in the glossing over of some parts of the tale, and meandering when you’d rather things be moving along. For instance, Maleficent’s “closure” with Stefan. There’s also the issue of the fairies meant to be keeping Aurora safe. They’re too busy fighting amongst themselves to notice she goes missing regularly to hang out with the very person they’re meant to protect her from. In fact, apart from when she’s an infant, I don’t believe there was a single scene of them caring for her at all. But if they didn’t, we wouldn’t get the story which made me love the film.

Maleficent will be getting a lot of comparisons to Frozen, though we may never know how much, if at all, they influenced each other. As a fan of the animated film and long-time obsessor over Maleficent as a character, part of me wishes I could have two films. One where Jolie is the badass villain, (because holy hell, she can not only pull that off but knock it out of the park) who wreaks havoc on humanity. And this one, which I loved for reasons I never imagined. But if I had to choose between them, I’d choose the one that would leave an impression, not just on viewers, but on Hollywood, telling us again things don’t always have to stick to the usual mold in order to be successful (financially and entertainment-wise). So for that, I thank screenwriter Linda Woolverton.