From the Creators of BreakupText Comes the Exciting New… MakeupText

"Want to win someone back? There's an app for that." 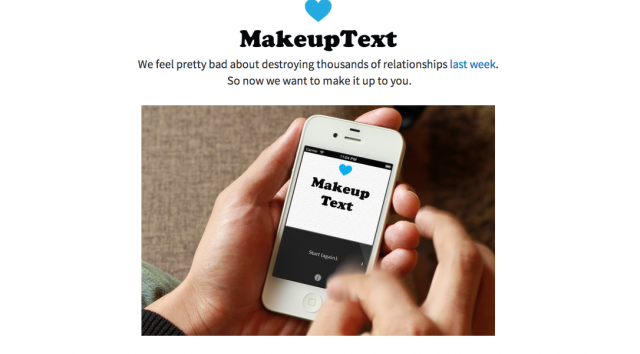 Let’s briefly pretend that this isn’t a truly, truly horrible world in which people have decided that it is in fact too hard on our poor thumbs to type out a breakup text by ourselves. Now you can despair all over again: there’s an app to win back someone’s heart: the (briefly free) MakeupText.

Say you ended things with someone. Maybe even by telling them you were eaten by bears (a real option in the BreakupText app), but now you want to win them back without having the discussion of your seemingly miraculous resurrection. 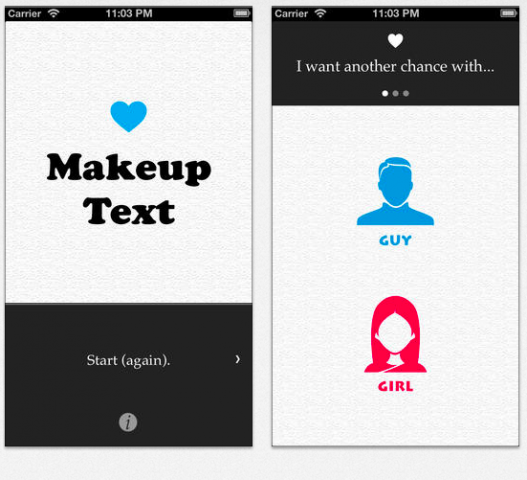 With the MakeupText app you could send something heartfelt like this surprisingly real example:

[Insert-soulmate’s-name-here], Russians make the best bad guys. Remember how frightened I got during the climax of Rocky IV? Well, imagine how I felt when three burly Russians approached me while I was walking home from the bar a few months ago. I gave in immediately. There was a lot of giving in for a long time after that. Better not to think about it. Anyways, all the time in isolation, I thought of your smile. Your eyes. How you smell when you wake up. I miss you, babe. I’ve been missing you. Reports you might have heard about me with someone else are all false — the Russians probably planted them so no one suspected I was missing. I want to see you right away. Let me make up so many lost days to you. It’s been a dark time for me, be my sunlight.

Sure, lying to someone you’re trying to win back about being kidnapped by Russians makes you a vaguely racist monster, but that’s a pretty long text to send without an app, so unless you’ve brushed up on the Wiki-How’s of texting speedily, maybe it really is worth the lack of honesty and anything resembling a soul — You know, to get the love of your life back. The one you lost because you were distracted by something shiny. 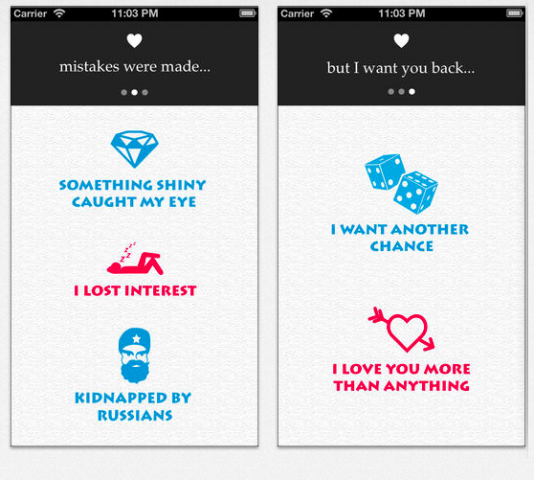 And in an acknowledgement of the limitations of those struggling with literacy, there are helpful little pictures.

Here’s a tip: if they take you back because they accept your short attention span and sparkle-inspired distractibility, you two deserve each other.

So if anyone who recently ended things in less-than-ideal ways has written to you recently about a hypnotic octopus with bright and heavy tentacles, or mentions a dastardly farce, it’s possible that they didn’t craft that highly imaginative message all on their own. However, they did take the time to download an app, so that’s something.