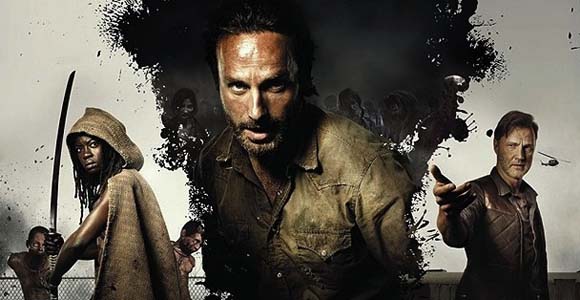 Glen Mazzara must feel like a high school senior with one month left until graduation. We all know he’s being replaced as showrunner of The Walking Dead as of next season but seeing as how he’s still an AMC employee, he’s obligated to promote what’s left of Season 3. To wit, Mazzara recently spilled a few details on what we can expect when the show returns on Sunday, including a new character joining the show.

Things are about to boil over with our survivors and the group living in Woodbury. Mazzara told Entertainment Weekly while Rick and The Governor have yet to meet face to face, they know how dangerous they can be.

“They know about each other and each one realizes that the other guy can threaten everything that he has spent the past year building,” said Mazzara, “And the Governor is certainly a big threat to Rick and can destroy his entire group, and the Governor sees Rick as a threat that can destroy all of his plans by showing that he was not the most powerful force in this world — that he was unable to protect Woodbury. Rick and Michonne and the group came in and sucker-punched him. So both guys now have a vendetta against each other.”

The last character we saw appear from the pages of Robert Kirkman’s comic book was Tyreese. Mazzara gave a little bit of what to expect moving forward. “Tyrese [sic] is not necessarily a good guy who simply joins Rick’s team and fights against the Governor. He’s a wild card. He’s an interesting character and his priority is keeping his own group safe. I think viewers will be surprised by the twists and turns in the Tyrese story.”

Seeing as how they have so many characters in the cast, Mazzara said they’d finally be looking to delve deeper with them. Not everyone may make it through the second half of Season 3 but it looks like we’ll be getting a replacement.

“Our comic book fans will still be excited and delighted to see how the story unfolds and how we tell the story. We do have a lot of new surprising material,” said Mazzara. “There’s still a major character to appear in the back half, which is very exciting. As always we take the comic book as inspiration and tell our own story.”

Pacing is slightly different than in the comic so I’m not sure who the new character might be. Post your suggestions in the comments and please put a spoiler warning if you’re going to post anything but the name.