This is my design. 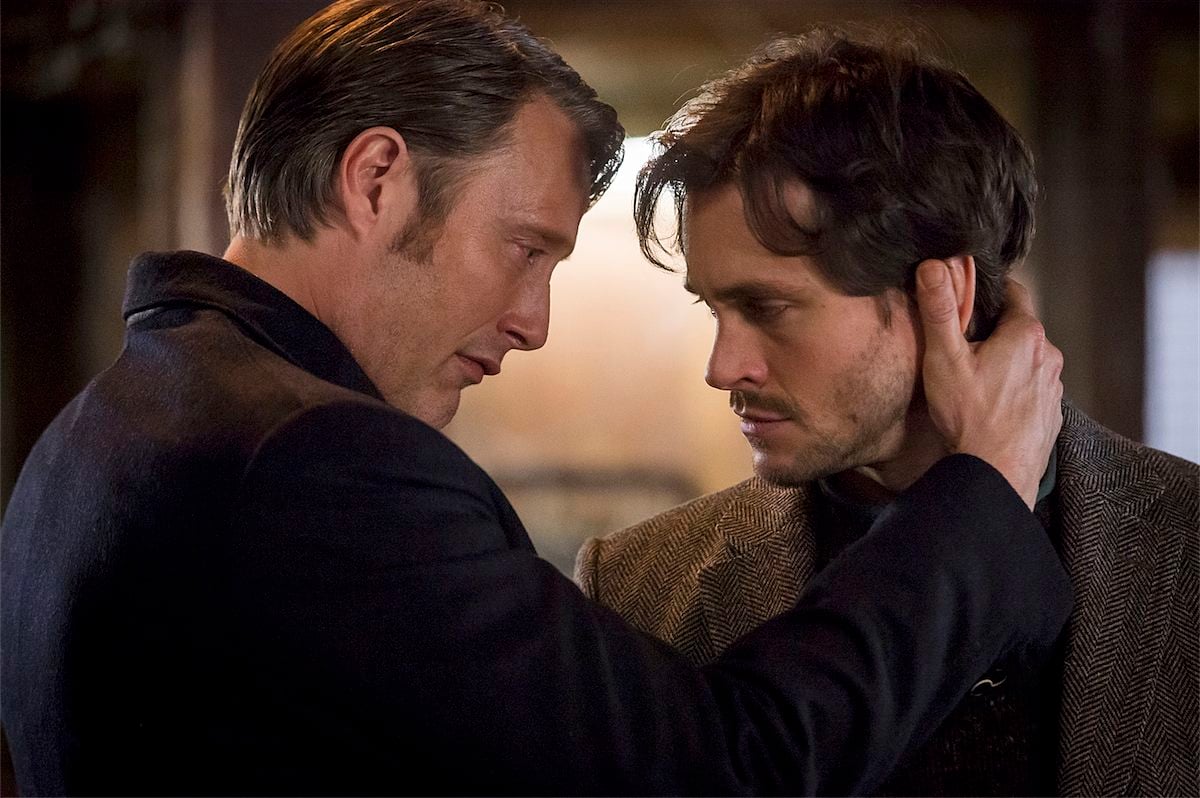 Danish actor Mads Mikkelsen seems like a fascinating human being, and whenever he opens his mouth, we are intrigued all the more. Mikkelsen, who is thankfully replacing Johnny Depp as Grindelwald in Fantastic Beasts 3 and will join Harrison Ford in the next Indiana Jones installment, is on everyone’s radar these days. But one of his most memorable roles remains his turn as the title character on NBC’s late, lamented, elegant, bizarre, and super-intense Hannibal series, which ran for three seasons between 2013 and 2015 before being unceremoniously canceled.

Hannibal was always a strange fit for a traditional TV network, sometimes immensely gory and disturbing, at other times highly sophisticated and stylish. All these disparate elements came together in Mikkelsen’s riveting performance, and his chemistry with Hugh Dancy’s FBI profiler Will Graham was electric. It turns out the actors thought so too.

The obsessive dynamic between Hannibal and Will was such that the characters fast became a popular fandom “ship,” with countless fanfiction stories, fanart, videos, zines, and other transformative works exploring their potential for a romantic relationship. “Fannibals” remain a presence in fandom today, and their ranks swelled anew after Hannibal arrived on Netflix in 2020. With that arrival came a wave of Exceedingly Online discourse about whether Hannibal/Will is “unhealthy,” but, well, with a show and a ship that’s so out there conceptually, that’s often the point. It can be both entertaining and cathartic to explore such emotional and physical extremes. This is already a series that revolves around a man who kills and eats people and also turns them into the finest gourmet spread your eyes have ever feasted upon.

So it’s inevitable that any interview with Mikkelsen will eventually raise the topic of Hannibal, and Mikkelsen has also been game to talk about Hannibal/Will (or “Hannigram”) in the past. Like show creator Bryan Fuller, Mikkelsen and Dancy are supportive of the fandom activity and excitement around their characters. Now we’re hearing that Mikkelsen and Dancy wanted to take the Hannigram dynamic a step further than Fuller’s plans.

In a recent lengthy and wonderfully candid conversation with E. Alex Jung at Vulture well worth reading in full, Mikkelsen revealed that the two actors were game to shoot a kiss between Hannibal and Will for the season three finale’s last scene.

After noting that he and Dancy had “a great chemistry in that awkward way it was supposed to be” even in audition scenes before they were cast, Mikkelsen answers Jung’s questions as to the “romance” element of the characters’ connection.

Did you see his relationship with Hugh Dancy’s character, Will, as a romance?

Yeah, but not necessarily something that would become physical.

This makes sense, as the Hannibal/Will relationship is pretty difficult to define by traditional markers of what we usually see as “romance” in media. Especially considering that one is a brilliant and manipulative serial killer psychotherapist cannibal and the other is a brilliant unstable profiler who can put himself into the mindset of serial killers and who spirals into Hannibal’s world. There can be many kinds of “romance,” however, and the intensity and intimacy of Will and Hannibal’s relationship is difficult to brand as anything else.

Mikkelsen tells Jung that he and Dancy discussed doing a take where Hannibal and Will actually do kiss. There are nigh-on infinite scenes between them where the addition of that wouldn’t be surprising and would in fact work narratively. Mikkelsen says that he and Dancy were invested in the idea of the kiss happening, especially considering the fan dedication at the time.

The murder of Francis Dolarhyde (played by Richard Armitage) is the consummation in some ways.

And also cannibalism, obviously. This is the ultimate way to love someone in his world, to eat them — right? We actually did a couple of takes of the very last scene where we were looking at each other, and it was a little too obvious — it was almost a kiss. Me and Hugh were like, “Why not? We have a couple of takes. Let’s do one. It might be cool.”

Alas, series creator and writer Bryan Fuller thought this would have been a bit much.

No, we didn’t. Never went for the kiss. Bryan loved it, but he was like, “Too much, guys. It’s too obvious.” And he was absolutely right. But I think we were just stuck on that. And a lot of the Fannibals wanted it as well. It’s been a subject of homoerotic fan art. And for good reason, because they are so united as twins in many ways. But we never wanted it to be a physical thing. It was something much bigger than that.

Though we are deprived forever of what outtakes would have existed had Mikkelsen and Dancy gone for the kiss, Mikkelsen does confirm that despite the grueling nature of shooting the show, everyone involved would be eager to return to finish it properly.

The show’s cancellation was a surprise, and had it happened a few years later, I have no doubt that one of the streaming networks would have eagerly snapped up Hannibal. It’s not out of the question that the property could come back someday as a movie or miniseries or fourth season or some other incarnation that would enable us to see how Fuller & Co. really planned for Hannibal to end. As it is, the story closed with a literal cliffhanger.

“I would love to go back,” Mikkelsen told Jung. “Everybody wants to go back, and if there’s only one season and we’re sure about that, [Fuller] can finish it in a proper, surprising, stunning way.”

From Mikkelsen’s lips to every studio’s ears, please! And please do yourself a favor and read Jung’s entire conversation with Mikkelsen, which is full of profound insights like, “I simply hadn’t seen the fame coming. But it’s okay. I handled it fine. It was not about me. It was about the concept of me,” and other deep commentaries that were quick to jump onto social media sharing for our viewing pleasure.

this answer from mads mikkelsen has literally stopped me in my tracks pic.twitter.com/vbUAphPj9c