Mads Mikkelsen Misses Hannibal Just As Much As You Do 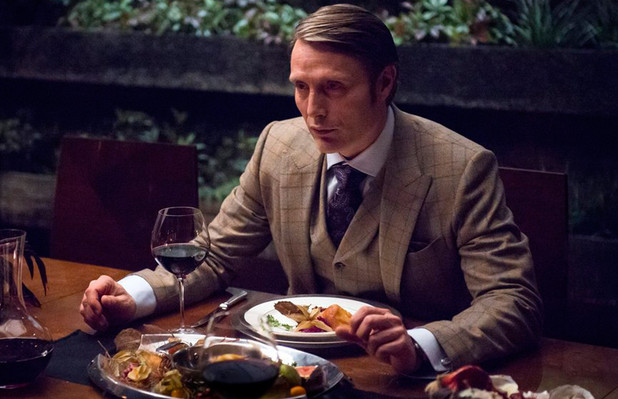 In an interview with the U.K.’s Sunday Express this week, actor Mads Mikkelsen opened up about how Hannibal‘s untimely cancellation last year impacted the cast, saying “We are all angry. We were pissed. It’s madness.”

Although the show’s actors and creative team have moved on to other opportunities, Mikkelsen says that, at the time, the cancellation came as an extreme shock: “season 4 was actually the one we thought we’d definitely get. Seasons 2 and 3 were on the verge. We didn’t know whether Hannibal would be renewed. But by the time we got to season 4 we thought it was a definite. We were very surprised at the decision. We were happy to be able to do it for as long as we did. However, we felt there were more stories. We thought we ended the show in a great way, but we had more to tell.”

Following Hannibal‘s untimely cancellation, showrunner Bryan Fuller unsuccessfully tried to #SaveHannibal by interesting streaming networks like Netflix in reviving the series. Mikkelsen says he’d still be on board if the show finally found a home elsewhere, but that the future of the series really “depends on Bryan.” Fuller has moved on to the Starz adaption of American Gods and the new Star Trek series, but Mikkelsen is tentatively optimistic about a Hannibal reunion: “He [Fuller] is the key, the base, the heart. We will wait and see what happens next in his career. But we all know that we can easily pick this up in two or three years, there are breaks in the stories. We could pick it up, say, four years later. If Bryan is up for it, we will all go for it.”

Even if Hannibal never returns, there’s something sweet about knowing a series that meant a lot to fans was so important to one of its stars, as well. According to Mikkelsen, “It’s hard to go back to TV when you’ve done something as complete as Hannibal. It was everything I could dream of in a role. I’m going back to film until something as radical comes up, which may very well be more Hannibal.”