In a Shock to No One, Madonna Made Aretha Franklin’s Tribute About Her 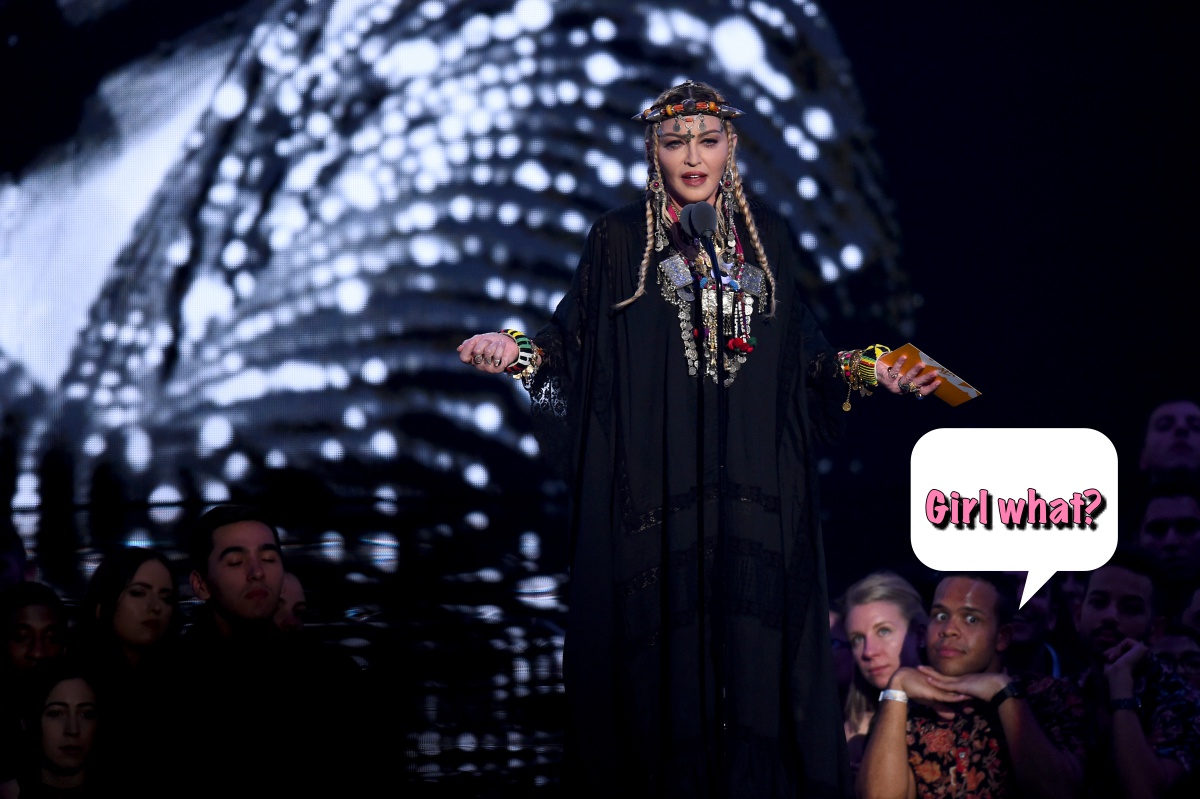 First, Madonna came on stage in that outfit and even the most anti-SJW people on Earth were able to say “that doesn’t look right.” Then she proceeded to make the entire speech about herself saying at one point that without Aretha there would be no Madonna, to which I say, I think people would be cool right now if that were the case.

Look, I get it Madonna is, without a doubt, one of the most important figures in music and has a legacy deserving of its own tribute someday, but can you imagine if after her death, Ariana Grande comes on stage and goes “if there wasn’t for ‘Like a Virgin’ there wouldn’t be ‘God is a Woman'”

This is also not the first time Madonna has hijacked a tribute to a fallen star, as she did this with both Prince in 2016 at the Billboard Awards, Bowie in a concert in Texas, and Michael Jackson in 2019. All have ranged from okay to cringe because even when Madonna is trying to be thoughtful, it really does come off as all about her.

“None of this would’ve happened, could’ve happened without our lady of soul. She led me to where I am today, and I know she influenced so many people in this house tonight, in this room tonight, and I want to thank you Aretha for empowering all of us, R.E.S.P.E.C.T. Long live the queen!” she said in probably the most on-topic thing during the “speech.”

You do not disrespect an ICON like that. This is a jovial kiki about Madonna’s broken ass journey. You honor a legend by telling their story or SHUT UP. The AUDACITY.

Whoever at the #VMAs let Madonna get on stage and give a tribute to @ArethaFranklin or whatever that was really should be out of a job right about…now.

Madonna talking about guitar lessons, Paris baguettes and her ass hanging out while she looked for a stiletto with the image of Aretha Franklin behind her is everything I expected from the #VMAs

Madonna talking about guitar lessons, Paris baguettes and her ass hanging out while she looked for a stiletto with the image of Aretha Franklin behind her is everything I expected from the #VMAs

Besides, even if the VMAs in their tired attempt to stay relevant wanted to do a tribute to Franklin, they should have gotten a black performer to do that. Aretha Franklin’s music may have inspired people across all walks of life, but her role as a black woman in music is just as important and that should not have been forgotten.

Use your budget to get Mariah Carey, Alicia Keys, Jill Scott or, if you really, really wanted a white performer Adele. Nope, they just dusted off Madonna and her outfit and called it a tribute. But again, this is the VMAs.

Let us hope that the Grammys can at least get one thing right this year and give the Queen of Soul the tribute she deserves.