Women are not ceramics, you zealot. 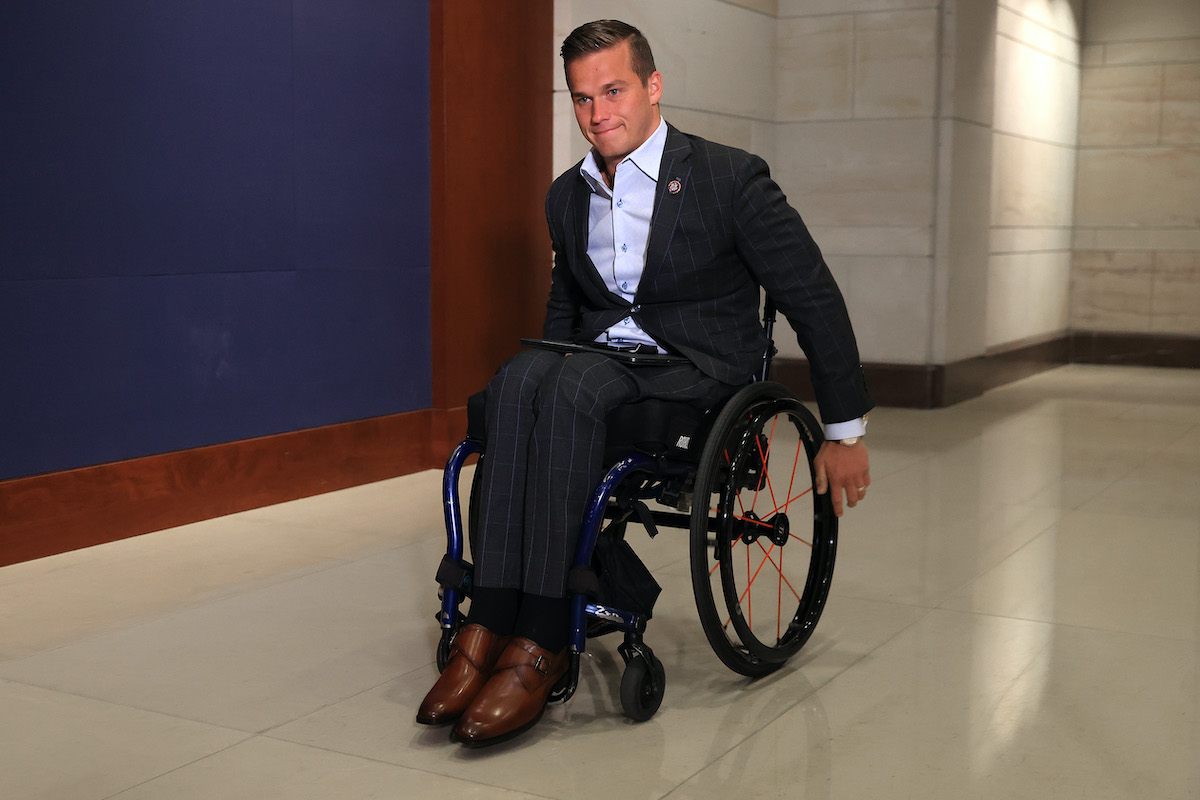 As Roe v. Wade teeters on the edge of being overturned or gutted by the U.S Supreme Court, far-right republicans are offering all sorts of nonsense talking points to deprive Americans of their reproductive rights. There’s Judge Amy Coney Barrett’s dismissal of the trauma of forced birth and adoption. And now extremist Rep. Madison Cawthorn (R-N.C.) has added his two cents, in an unhinged rant that compares abortions to Polaroids and sunsets, and refers to women as “earthen vessels.” All very normal and not at all talking points from The Handmaid’s Tale!

Cawthorn, who previously advised parents, “if you are raising a young man, please raise them to be a monster,” described abortion as someone taking a Polaroid picture, detailing “You hold it and shake it, waiting for the picture to appear, but suddenly someone walks by and snatches your photo, ripping it to shreds… You cry, ‘Why did you destroy my picture? The person replies, ‘oh it wasn’t a picture it wasn’t fully developed yet.”

Truly one of the most disturbing things I’ve witnessed in a long time. A Congressman, in a bid to overturn Roe V Wade and deny American women reproductive rights. Publicly referred to them as “Earthen vessels, sanctified by Almighty God.” Give me strength. pic.twitter.com/LvYM46GRVN

The rant then descends into biblical nonsense, where serial sexual harasser Cawthorn calls women “earthen vessels” and adds “One day, perhaps when science darkens the soul of the left, our nation will repent.” Okay, what?

This analogy is so bonkers and wildly incoherent that it hurts my brain just to type it out. Is Cawthorn implying that 9 months of pregnancy and giving birth is akin to a Polaroid camera spitting out an image? Are women the cameras in this metaphor? What if producing a photo caused the camera to break or cease to function entirely?

And a Polaroid photo doesn’t require 18 years of care and feeding, nor does the camera require several weeks of physical recuperation to keep on working. It also doesn’t help that the second that photo develops, Cawthorn and his ilk refuse to grant maternity leave, healthcare, or any sort of social support systems to care for the photo. Sorry camera, you’re shit out of luck: earthen vesslry doesn’t pay the bills or buy the diapers.

Also, has he ever tried to tear up a Polaroid? Those things are made of plastic, and are impossible to tear.

Many took to social media to criticize Cawthorn’s virulent nonsense:

Imagine you’re a Black woman making a personal decision about abortion, and Madison Cawthorn, a 26-year-old white guy from the former slave state of North Carolina, tells you that you can’t control your own body because our nation “was born in freedom.”pic.twitter.com/szwgYXpYET

Madison Cawthorn sure didn’t treat “earthen vessels” with much respect when he briefly went to Christian college. According to his inane analogy the other day, I guess he was trying to force them to make a bunch of “Polaroid photos” https://t.co/jEsIMPit8d

I am not sharing the video—instead, please read this critically important piece of reporting about the sexual harassment and misconduct of a Congressman who recently referred to women as “Earthen vessels.” These things are related. https://t.co/GXOhFq9ANS

Madison Cawthorn doesn't know what it means to serve. Cawthorn lied about being accepted into the Naval Academy because people respect those who serve & sacrifice for our nation.

But lying about service doesn't make you selfless or honorable, it just makes you a fraud.

We must attain the most holy thing in the world: woman as maid and servant.
– Nazis, 1932

It’s a straight line from Hitler to Cawthorne.

We registered for a pair Earthen Vessels in stone at Pottery Barn for our wedding. https://t.co/1WomFQa7W8

This is some horrific rhetoric