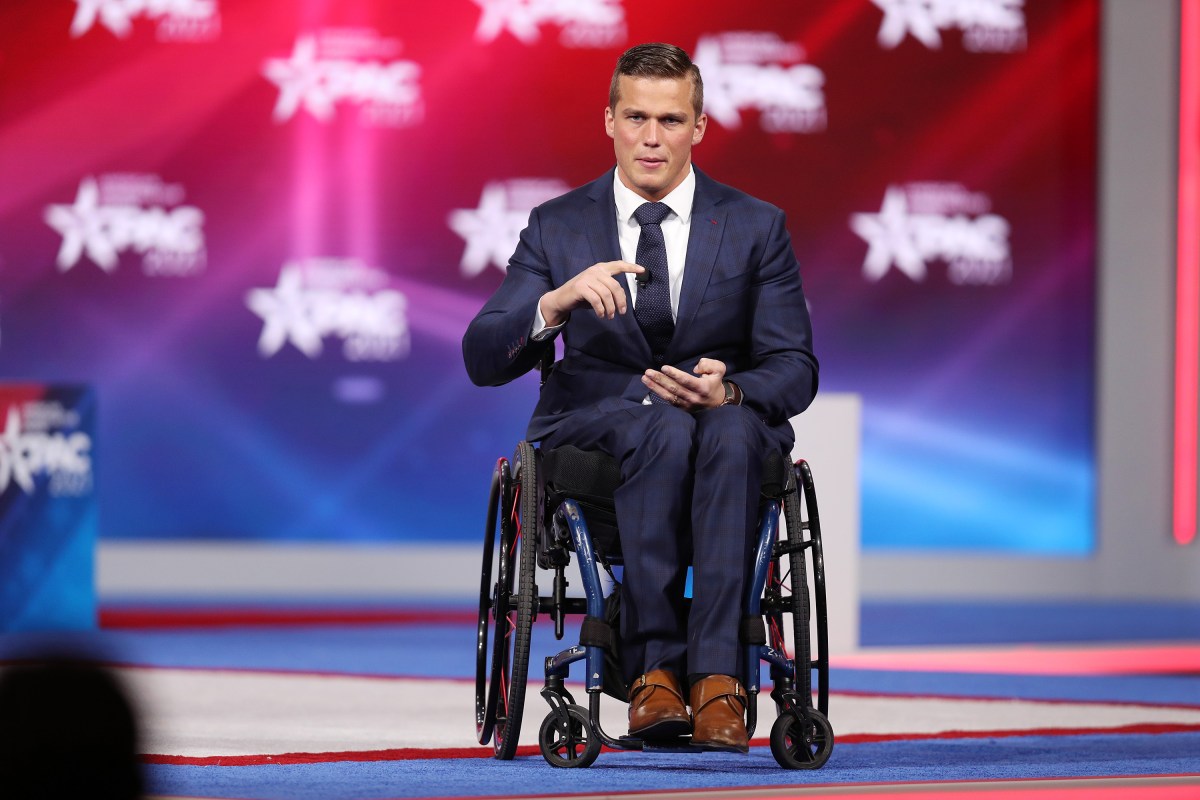 For most Trump-loving conservatives, North Carolina Rep. Madison Cawthorn represents the future of the Republican party. The 25-year-old congressman (the youngest in office) overcame a life-altering car accident to lead a successful real estate investment company before heading to Congress. Cawthorn is pro-guns, pro-Christ, pro-Trump, and pro-publicity, already making a name for himself alongside fellow Reps. Lauren Boebert and Marjorie Taylor Greene as the part of the right’s rising new class of representatives.

But there’s a lot that is suspect about the clean-cut congressman. For starters, Cawthorn has lied publicly several times: about his business success, about the car accident that left him paralyzed, and about his acceptance to the Naval Academy.

Then, there’s his odious views on trans rights, and his history of racist behavior. He called the New York Times’s 1619 Project the “Project 1692,” because “it’s more like the Salem witch trials.” And then there was, of course, his fawning Instagram post about visiting the Eagle’s Nest, Adolf Hitler’s World War II retreat in Berchtesgaden.

Now, several women are coming forward to accuse Cawthorn of repeated sexual harassment and misconduct. These women are former classmates of Cawthorn’s at Patrick Henry College, a small private Christian college in Virginia, which Cawthorn briefly attended before dropping out.

Cawthorn’s behavior was an open secret among students, so much so that over 160 former students signed onto a letter describing Cawthorn’s time at the college rife with “gross misconduct towards our female peers, public misrepresentation of his past, disorderly conduct that was against the school’s student honor code, and self-admitted academic failings,” including that he “established a reputation of predatory behavior.”

“During his brief time at the college, Cawthorn established a reputation for predatory behavior. His modus operandi was to invite unsuspecting women on ‘joy rides’ in his white Dodge Challenger. Cawthorn would take young women to secluded areas, lock the doors, and proceed to make unwanted sexual advances,” the letter read, noting that there was a whisper network at the school warning women not to be alone with Cawthorn.

“He asked me to go on a ‘fun drive,’ ” said one classmate, Leah Petree. When she asked what that meant, Cawthorn “insinuated some sexual activity.” Petree said, “I had a boyfriend so I was not going in the car with him. I told him no.”

Nonetheless, Cawthorn continued to “pressure me and badger me.” One day in October 2016, she said, she was in the cafeteria with other students when Cawthorn arrived with some of his friends. Petree said Cawthorn began asking another female student questions about sex that Petree deemed inappropriate, and she tried to defuse the situation.

Buzzfeed News, in reporting on Cawthorn’s behavior, found over 3 dozen people who corroborated the accusations, noting that Cawthorn had a known history of “aggressive, misogynistic, or predatory” behavior at the college.

Cawthorn has responded to the accusations in the past saying, “I have never done anything sexually inappropriate in my life.” He added, “If I have a daughter, I want her to grow up in a world where people know to explicitly ask before touching her … If I had a son, I want him to be able to grow up in a world where he would not be called a sexual predator for trying to kiss someone.”

Cawthorn has shown himself to be a serial liar, a misogynist, a racist, and a bully. If he had a shred of honor or shame he’d resign, but history has shown us that, like every other Republican, he doesn’t and he won’t. Like his hero Donald Trump, he’ll just continue to fail upwards … perhaps all the way to the White House.