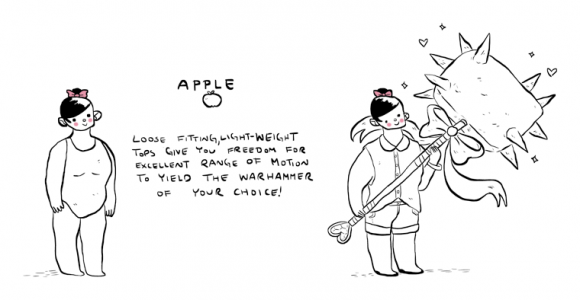 This is but one third of cartoonist Madéleine Flores‘ guide to dressing for different body types. You can find the rest here. Also she does a webcomic!