The famed director announced the cast and revealed a poster for the movie. 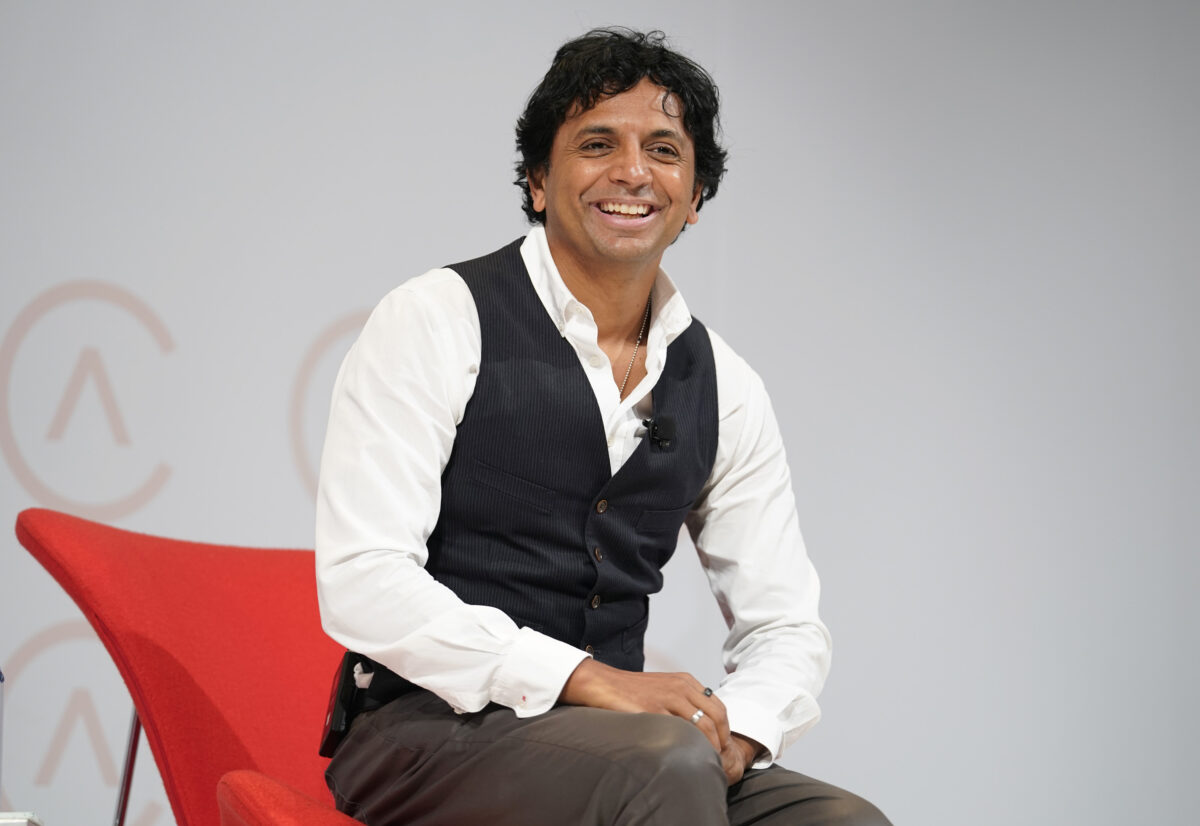 M. Night Shyamalan (Glass, The Sixth Sense) announced the first day of production on his latest film Old. The horror director made the announcement on Twitter, where he shared the first poster for the film. Shyamalan tweeted, “Feels like a miracle that I am standing here shooting the first shot of my new film. It’s called Old.” Old follows a group of people who find a dead body on a beach, and begin to realize there is something unnatural occurring around them.

Feels like a miracle that I am standing here shooting the first shot of my new film. It's called Old. #OldMovie @OldTheMovie pic.twitter.com/hth8jUum8K

Old is inspired by French graphic novel Sandcastle by Pierre Oscar Levy and artist Frederik Peeters. Shyamalan received the novel as a Father’s Day gift, and enjoyed it so much he optioned the rights. The book is described as existential horror meets Lost, but it’s unclear how closely the film will hew to the novel.

Shyamalan also posted artwork for the film, which features bodies tumbling through an hourglass and the tagline “It’s only a matter of time.”

I am cautiously excited about this one. While Glass was a disappointment, Shyamalan earned plenty of goodwill with his previous efforts Split and The Visit. And his creepy Apple TV original series Servant remains one of the most unsettling things I’ve watched this year.

My optimism also comes from the simplicity of the set-up: Shyamalan’s films work best with a small cast in tight, almost claustrophobic quarters. If the action remains with 13 strangers on a beach, there could be some rich Twilight Zone-style territory to explore.

One recent film that made compelling work of this premise was J.D. Dillard’s Sweetheart, which starred Kiersey Clemons as a woman shipwrecked on a deserted island. Clemons not only fights to survive during the day, but must contend with mysterious monsters when the sun goes down.

Old is set to be released on July 23, 2021, but could change depending (as most things do) on the coronavirus pandemic.