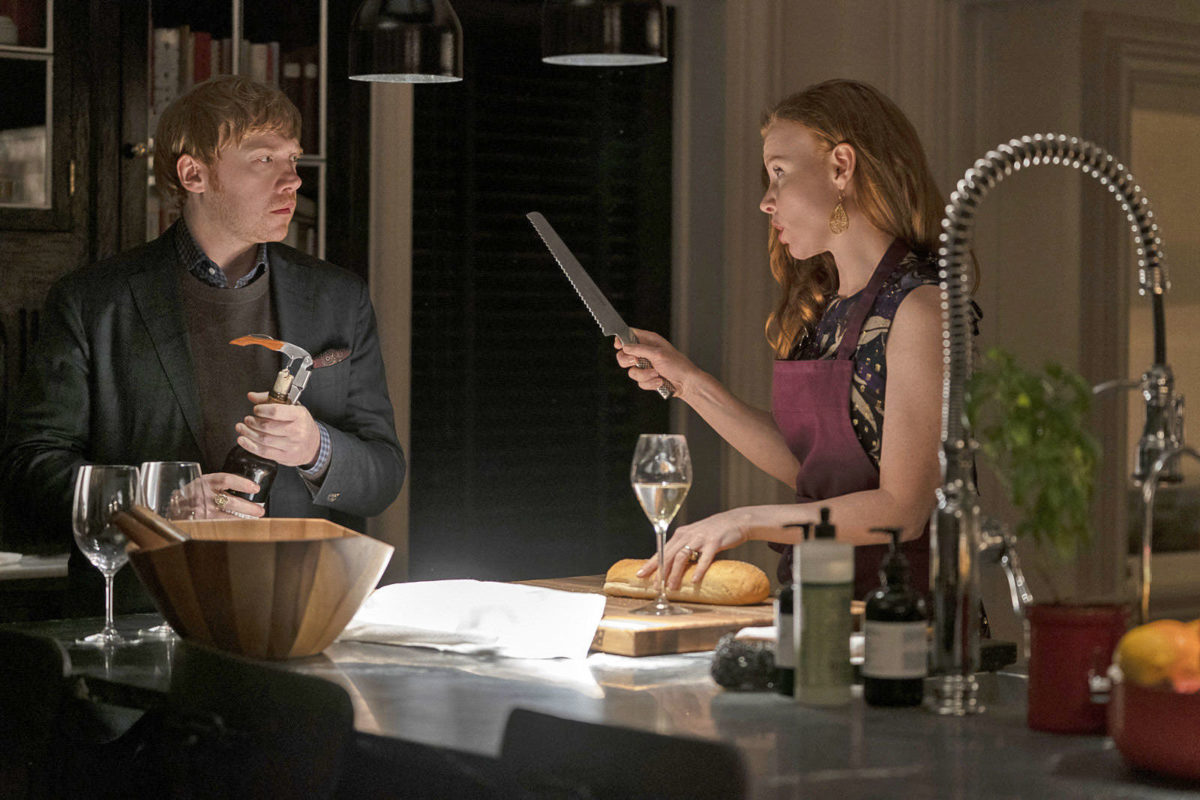 SPOILER ALERT: this article delves into the events of the series Servant, mainly the first episode.

Apple TV+ launched with splashy, big-budget original series like The Morning Show and See, packed with stars like Jennifer Aniston, Reese Witherspoon, and Jason Momoa. But it is a smaller, more intimate series that has captured our attention: M. Night Shyamalan’s broody paranoid thriller Servant.

Servant, created by Tony Basgallop (What Remains), is a sparse psychological horror series about the worst thing that can happen: the death of a child. We meet the Turners, an affluent family in Philadelphia who lost their baby son Jericho under mysterious circumstances. Sean Turner (Toby Kebbell) is a gruff consulting chef who has channeled his grief into anger, while his wife, Dorothy (Lauren Ambrose) responds to the tragedy by sinking into a catatonic state.

The only thing that brings her back is a reborn doll, an eerily lifelike coping tool. The series begins when Dorothy goes back to work as a local news anchor and hires a nanny, the mysterious, sheltered Leanne (Nell Tiger Free) to care for the doll. Sean assumes Leanne will be creeped out, but she instead treats the doll as if it were real. And after her first night with the family, the Jericho doll has been replaced with a living baby.

Is the baby really Jericho? Did Leanne steal the child or is he the result of some religious miracle? This is the central mystery of the series, as Sean tries to puzzle out what is going on inside his own home. He’s joined by Dorothy’s brother Julian, played by Rupert Grint, who erases any lingering connection to Ron Weasley as Sean’s hard-drinking, foul-mouthed confidante.

From here, the series becomes a simmering psychological horror. The show takes place almost entirely in the Turner’s claustrophobic town house, delivering atmospheric dread in tight 30 minute episodes. While the plot moves slowly, Servant expertly ratchets up the tension with strong performances and a deepening mystery. But what really sells the dread is Sean’s cooking, which I’m dubbing gastronomic horror.

As a consulting chef/Instagram foodie, Sean spends each episode crafting picture-perfect cuisine. But like the Turners, the facade of luxury belies an inherent violence. We see Sean nailing live eels to a board and stripping them of their skin, cracking lobster shells to make crustacean-flavored ice cream, and serving up caramelized crickets in a paper cup. These dishes are a clever send-up of food trends like molecular gastronomy, and are shown in sharp contrast to Leanne’s simple meals of Campbell’s tomato soup.

The food also ties into the larger themes of class and wealth within the series. Leanne, a farm girl who comes from seemingly nothing, is frequently at the mercy of the wealthy Turners. Especially Dorothy, who takes advantage of Leanne’s kindness and naivety. Unlike other horror series like American Horror Story or The Walking Dead, each episode is understated and not packed with plot machinations. Servant is playing the long game, and I can’t wait to see where this dark little series goes.