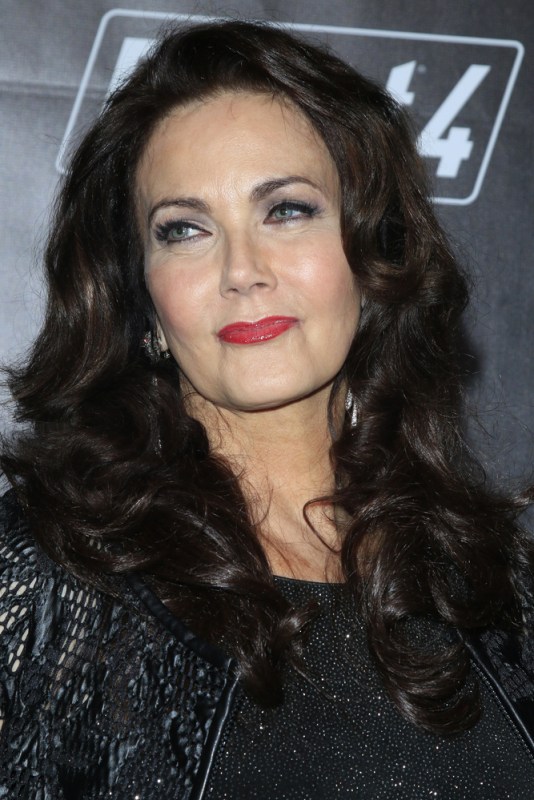 We’re so excited that the Lynda Carter, A.K.A. the first live-action Wonder Woman, will be joining the cast of Supergirl when it returns for its second season on The CW. Yesterday, we got a glimpse of Carter filming her first scenes for her appearance, and in a recent interview, she said that when playing the role, she drew inspiration from another powerful woman: Hillary Clinton.

In an interview with Variety, she commended Clinton’s performance at the first Presidential debate, and connected it to her Supergirl role as the female President of the United States. “I used Hillary to prepare,” she said. “I saw the way she can be warm and funny and inviting and serious.”

But what Carter thinks makes Clinton a role model isn’t that she’s perfect, but how she handles her flaws. She says, “Hillary is much more human than Wonder Woman. She has flaws, but we are all flawed and we learn from our mistakes. I think she is a role model in the way she has paved the way for women.”