The Luke Cage Musical Score Is (Finally) Available for Download–And on Vinyl, Too (!!!) 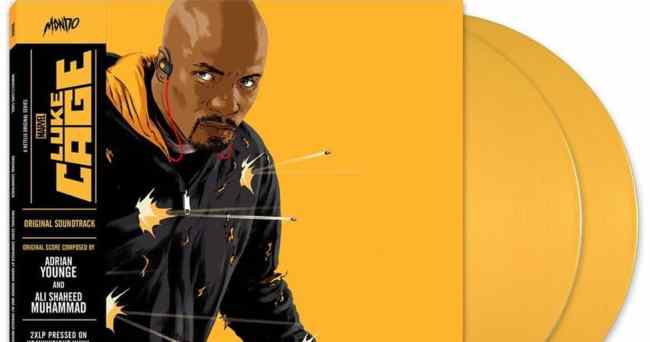 The Luke Cage soundtrack is huge. Music is an intrinsic part of the series, with notable artists having composed music specifically to exist within the world of the show, and with the score’s composers Adrian Younge and Ali Shaheed Muhammad (of A Tribe Called Quest) having referred to each episode as an album unto itself. Today is the day that the official Luke Cage soundtrack has become available for digital download, and it’s a whopping 51 songs long.

Guess what? Those 51 songs don’t even scratch the surface of all the music that’s on Luke Cage. There’s already a lengthy Spotify playlist available from Marvel, which includes the other half of the music that’s on Luke Cage. The difference between the Spotify playlist and the new soundtrack that just came out today is that the soundtrack is mostly the lyrics-free musical score, whereas the Spotify playlist is full of all the hip-hop songs that you remember from the show (some of which were written specifically for the show, like Method Man’s spoilerific track “Bulletproof Love”).

However, the official soundtrack released today also has some songs from the show that do have lyrics, and that aren’t on the Spotify playlist, such as: “Good Man” by Raphael Saadiq, “Mesmerized” by Faith Evans, “Ain’t It a Sin” by Charles Bradley, “Stop and Look (And You Have Found Love)” by Adrian Younge and The Delfonics, and “100 Days, 100 Nights” by Sharon Jones and The Dap-Kings. You’ll recall that these songs were the ones featured in the Harlem’s Paradise nightclub scenes, but it’s not all of them. Jidenna’s “Long Live the Chief,” for example, is only on the Spotify playlist. Why? I don’t know. I DON’T KNOW.

So basically, if you really want to create a complete playlist of the actual, entire soundtrack for Luke Cage, you need to cobble together something between the official digital download on iTunes (go search for it, it’s there) and the Marvel Spotify playlist. The result will be 82 songs long, and it won’t be in order, so you should probably figure that part out, too. Which means you’ll need to watch all of Luke Cage again, in order to figure out what order the songs should be in. If anyone actually does take on that project, let me know, because I would love a link to that!

Anyway, the musical score of Luke Cage is also now available on vinyl in a limited release at MondoTees for $35, so go ahead and snap up one of those if you’ve got a record player at home. Technically, that purchase will be a pre-order, and the actual records won’t be shipping out until late October. But of course you can listen to the soundtrack ahead of time via iTunes and Spotify, as I’ve said! Go immerse yourself in those 82 songs.

(via CBR, image via MondoTees)