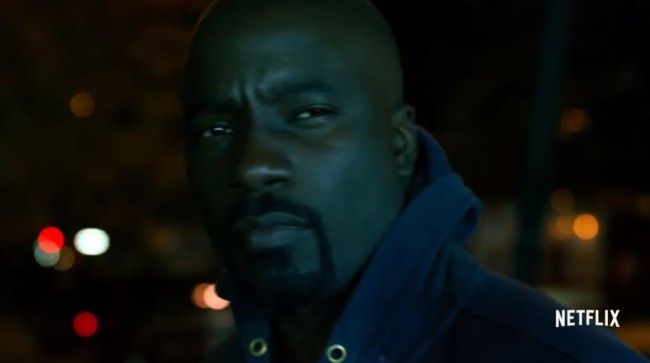 We all know that you’ll probably be watching as much Luke Cage as you can this weekend. But if you, like me, have prior commitments and have some dead space while commuting or otherwise moving around, why not give this Luke Cage mixtape/playlist on Spotify a try? Curated by A Tribe Called Quest’s Ali Shaheed Muhammad, it’s packed with all sorts of old school hip-hop with a healthy dose of funk. Muhammad worked on Luke Cage‘s soundtrack alongside composer Adrian Younge, so you know that the mixtape is derived straight from the source, straight from the mind of one of the people who really get the soundscapes and vibes that make up Luke Cage.

A few personal favorites that popped up in the playlist: “Can I Kick It?” by A Tribe Called Quest, “Me, Myself & I” by De La Soul, “U.N.I.T.Y.” by Queen Latifah, “Me Against the World ,” by 2Pac and Dramacydal, and “Make Your Move” by Hieroglyphics. There’s so much great music in here that this playlist is likely to get you through your Friday in style.

Also featured here is Method Man and Redman’s “Da Rockwilder.” If you caught the last Luke Cage trailer, “Streets,” then you know that Method Man gets his own cameo in the show. The show’s heavily based in a lot of hip-hop culture, as explained by showrunner Cheo Coker. In fact, many of the episodes are named after Gang Starr songs–a bit of trivia for you there, if you were unaware.

As an unabashed hip-hop fan, you better believe this all just gets me even more stoked to finally sit down and spend some time with Luke Cage myself.