Lucy Lawless to Guest Star On Parks and Recreation 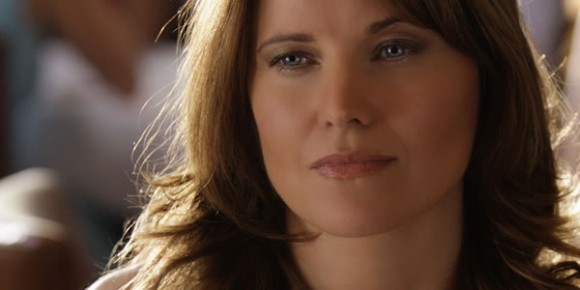 Lucy Lawless will finally make an appearance on Parks and Recreation after a scheduling conflict with the television series Spartacus: Vengeance prevented her from playing Tammy 1, Ron Swanson’s first ex-wife. Hit the jump to find out some details about her role and consider yourself spoiler warned!

According to TV Line, Lawless will play a single mom named Diane who runs into a small problem in her neighborhood, one that requires the assistance of our favorite dysfunctional parks’ department, of course. Additionally, she’ll be around for more than one episode. Given that in a recent interview with the AV club, Nick Offerman suggested that this season would see “another love interest for man’s man, manly-man, man-about-town Ron Swanson, it’s incredibly likely that Lawless will be filling that role.

Then again, during his interview, Offerman suggested that Swanson’s new love interest could very well just be “a meat dish,” so we’ll just have to wait until the episode premiers to make any calls. But surely I’m not the only one that would love to see Ron Swanson bond with Xena over a plate of meat!

The fifth season of Parks and Recreation begins Thursday, September 20 on NBC. Are you excited to see the star of Xena: Warrior Princess come back to goofy television? Will seeing Lucy Lawless in an on-screen relationship with anyone other than Renée O’Connor leave Xena/Gabrielle shippers despondent?

(via The AV Club and TV Line.)