Here Is A Bra That Only Unhooks If You’re In Love, Because Japan

We definitely all wanted bras that could think for themselves, right ladies? 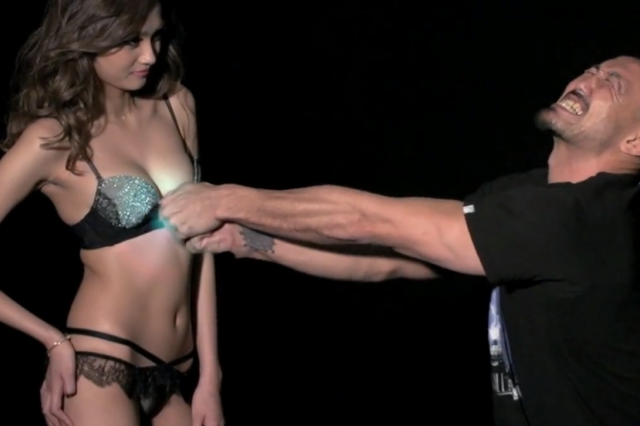 If you’ve always wanted undergarments that respond directly to your heart rate and body secretions, Japan has got your back. For its tenth anniversary, lingerie company Ravijour has developed what they’re calling the “True Love Tester,” a bra that will only unhook if it senses that you’re in “true love.” Did I know we could “sense” that now?

You can watch the below video for a full explanation of how the bra works; but basically, the bra reads your heart rate and sends it via bluetooth to an app on your smartphone. The app calculates what it thinks your heart rate means (based on what it’s like the rest of the time), and pops the bra open automatically if it determines that your heart rate “says” you’re “in love.” Check it out:

Similar to Microsoft’s mood-measuring Smart Bra, the Love Tester is being marketed as a “friend to women,” though wearing a bra that could literally pop itself off just because I decided to dance extra-vigorously seems like the least-friendly thing I can think of. But if that sounds like something you’d be into, you can enter to win a chance to try the Love Tester by buying 5,000 yen (or about $50USD) in lingerie from Ravijour.

I think I’m going to hold out for the bra that just straight-up punches dudes in the face when I’m not feeling it. That would be a friend to women.