Legends of Tomorrow, Today: George Lucas Pays a Visit in “Raiders of the Lost Art” 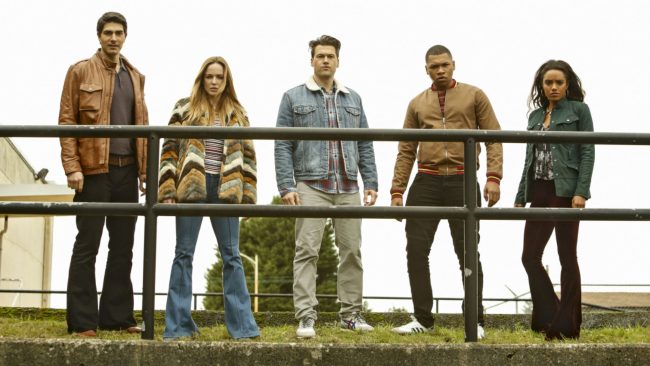 Howdy, folks, and welcome to the Legends of Tomorrow open thread, where we invite our loyal commenters to talk about last night’s episode. Remember, this is for people who watched it, so there will be spoilers!

We’re back from the mid-winter hiatus, and really, the legends waste no time in getting right back into the thick of things. This episode was especially interesting because as we wrote about before, Sweet/Vicious‘ Matt Angel was going to make an appearance playing none other than a young George Lucas. The reason they need a Lucas at all is because in this episode, a time aberration made him quit filmmaking, which resulted in Nate and Ray losing their powers—they’re both nerdy, so obviously they were inspired by Lucas’ works.

What’s more, the legends are in 60s Hollywood because they learn Rip Hunter is actually there as well, only this time, he’s unaware of his past and history with the legends. He’s just an up-and-coming Hollywood filmmaker. Hmm!

What’d you think of last night’s Legends of Tomorrow? Let’s hash out some aberrations in the comments, folks!