Young George Lucas to Appear in Legends of Tomorrow, Probably Won’t Be CGI’d In 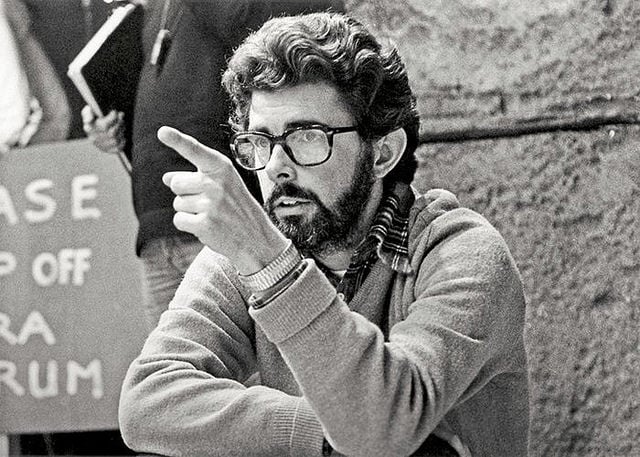 Sci-fi worlds continue to collide, and you know what? Thats totally fine with me. Apparently a young George Lucas will appear on Legends of Tomorrow, and nothing is safe from time-traveling hijinks.

On an upcoming episode of Legends of Tomorrow—titled “Raiders of the Lost Art,” ha ha—the time-traveling legends head to 1960s/70s Hollywood in search of their former captain, Rip Hunter (Arthur Darvill). The only thing is, he’s not exactly the daring, swashbuckling captain formerly of the  Time Masters, he’s a somewhat nerdy Hollywood director… a bit like Lucas. You know, except here, there’s obviously still a Lucas (played by Sweet/Vicious‘ Matt Angel).

Executive producer Marc Guggenheim broke down the plot for Entertainment Weekly, telling them:

Because of circumstances, the time aberration in episode 209 is George Lucas quits film school. As a result, he never makes Star Wars or Raiders of the Lost Ark. As a result, Ray, who became an engineer because of Star Wars, and Nate, who became a historian because of Raiders, slowly start to lose their brilliance, because those things that inspired them to become who they are didn’t exist.

Yikes. I mean, it’s a far cry from the world-ending implications of other episodes (nuclear weapons being sold to terrorists during the Cold War, for example), but it’s certainly world-changing, especially for these two members of the team and all.

The episode also marks a return for one of the show’s iconic characters: Rip Hunter, of course. Fans will remember that he vanished at the beginning of this second season, and just before the show went onto its mid-winter break, it was revealed that Rip didn’t die, as many have feared. He’s alive and fine (maybe), just… again, not exactly his old self.

It’ll be interesting to see how this plays out and how such a weird time aberration happens.

Legends of Tomorrow returns to television on January 24th.

(via Collider, image via Flickr/Tom Simpson)