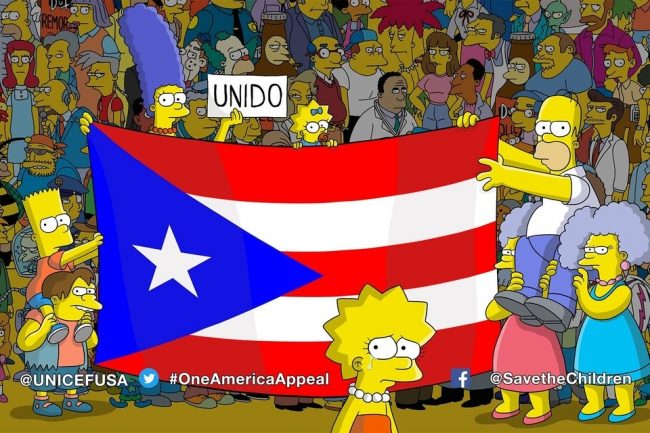 Sadly, while the U.S. Government is aiding Puerto Rico after the devastating effects of Hurricane Maria, it’s been doing so much too slowly, and with far too much bigotry. Average citizens, lay organizations, and celebrity efforts have had to fill in a lot of gaps in order to get Puerto Rico the aid it needs, and will continue to need as it addresses this humanitarian crisis.

Jennifer Lopez, in addition to donating $1 million to Puerto Rico relief efforts, has teamed up with Marc Anthony to, according to CNN, create an initiative called “Somos Una Voz, or We Are One Voice, that combines the clout of more than 30 figures from across sports and entertainment in the name of helping hurricane victims in Puerto Rico.” Those figures include celebrity Puerto Ricans like Lin-Manuel Miranda, Pitbull, Vin Diesel, Jimmy Smits, John Leguizamo, Ricky Martin, Alex Rodriguez.

Even animated shows like The Simpsons are taking the crisis more seriously than our government. As reported by Vanity Fair, last night’s episode ended with the above still image of the entire cast holding the Puerto Rican flag, pausing the laughs in solidarity with their fellow Americans in Puerto Rico, and alerting us to ways in which we can help. 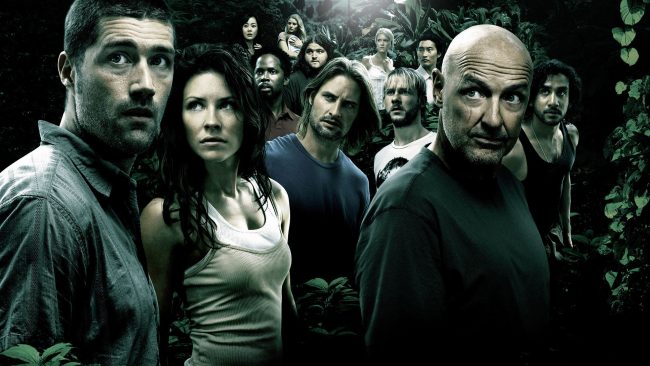 Now, former Lost and current The Dark Crystal: Age of Resistance writer, Javier Grillo-Marxuach is another Puerto Rican leading an effort to raise money for the island where he was born. He’s auctioning off rare Lost memorabilia in an effort to raise funds for local organizations in Puerto Rico that are going directly to relief efforts on the ground.

“AND EVERYTHING IN THIS AUCTION WILL GO TO HURRICANE RELIEF EFFORTS THROUGH THE LA JOLLA GOLDEN TRIANGLE ROTARY CLUB!
Four generations of my family have served in Rotary Clubs, both in the United States and Puerto Rico, the organization’s integrity and track record are impeccable.
The La Jolla Golden Triangle Rotary Club is committed to ensuring that every cent raised in this auction goes to helping hurricane victims in Puerto Rico through their volunteer network!”

Among the super-rare swag he’s auctioning off, with the help of contributions from Jo Garfein, founder of Cancer Gets LOST, are:

To bid on these awesome items, and to help a cause that’s going to continually need your help in the months to come, click on the post above.