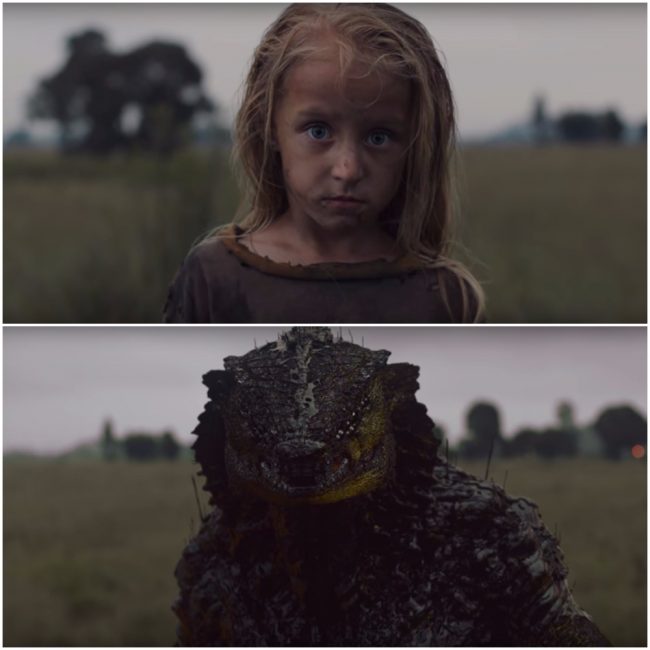 Yesterday, an exciting sci-fi vehicle starring Sigourney Weaver and directed by District 9‘s Neill Blomkamp dropped. Only, it wasn’t in theaters. Hell, it wasn’t even via your usual VOD services. This film, Rakka, arrived thanks to Oats Studios, a new platform for “experimental short films” that releases its content on YouTube, Steam, and its own website.

Rakka is just over 20 minutes long, and tells the story “of broken humanity following the invasion of a technologically superior alien species. Bleak harrowing and unrelenting, the humans we meet must find enough courage to go on fighting.”

It’s really harrowing, and as this is billed as “Volume 1,” I’m curious as to whether or not there’s more to this story, or whether the other volumes we can expect are other, separate stories. There’s so much left hanging at the end of Rakka that I’d love to know more about, and it’s killing me! You can check out the full film here:

It’s interesting to me that A-list talent like Weaver and Blomkamp are attempting to circumvent the studio system in this way, by working with a company like Oats Studios, who want to “receive funding sourced directly from our audience, as we establish a studio fueled by pure creativity and passion.” Interesting, but not surprising. There have been so many amazing projects that have been crowdfunded in recent years. I can see the appeal of going directly to the genre film-loving audience and gauging your project’s success yourself, as opposed to incorporating a gatekeeper into the mix.

Or rather, creating your own gatekeeper. After all, Oats Studios has access to people like Weaver and Blomkamp, and are simply creating and funding the projects they decide are worthy.

Want a wider variety of sci-fi content? Dust is the first multi-platform destination to experience stunning visions of the future from filmmakers of tomorrow.” They, too, are curators, but they provide a place to view the best sci-fi content from all over the web in one place. Take this 5-minute short film Falling Apart, for example:

It’s hard to believe that this film was created by filmmaker TJ Hundtofte in 48 hours! According to the Dust website, Falling Apart was the “2nd place winner at the 2013 Sci-Fi London 48 Hour Film Challenge. Written, shot, edited and scored in less than 48 hours.The filmmakers were given a random title (“FALLING APART”), a random line of dialogue (“Fame is fleeting, baby, but legends live forever”) and a random prop/action (A mug of steaming liquid – a character sniffs the hot liquid and pours it away), and then had 48 hours to write a script with those elements, shoot it, edit it, grade it, score it, sound design it, export it and deliver it in person at the London BFI.”

With film technology and the Internet being more democratized than they ever have been, it allows for some pretty amazing work to get to sci-fi fans that might not be seen otherwise. If you dig that mission, and want to support the efforts of these platforms to provide this awesome content (which they’re doing for free!), you can check out and donate to both. Visit Oats Studios and Dust for more info, and more sweet, sweet genre goodness!