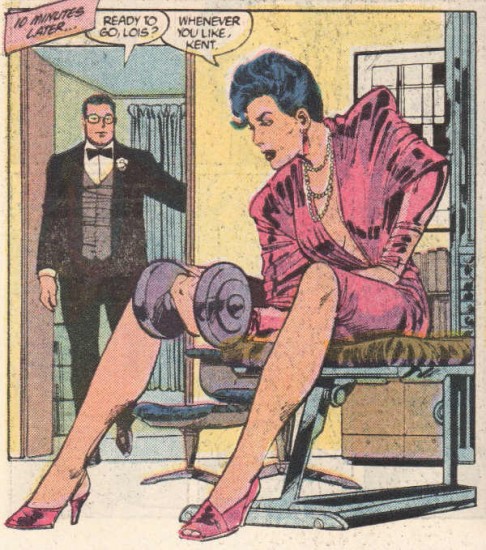 Not everyone in the world has the same appreciation of Lois Lane as we do but we’re overjoyed to see one comic shop from Massachusetts loves her so much they were able to get a street named after her. I’m sorry. A lane.

The owners of That’s Entertainment in Worcester, Massachusetts had been trying to get the name of a private street next to their comic shop changed since March of 2011. After unanimous approval from the city council, “Marmon Place” will soon be “Lois Lane.” The store will foot the bill of the sign which is set to be installed on Sunday at a special event.

Lois Lane appeared in comics for the first time along with Superman in 1938s Action Comics #1 and went on to become an inspiration for journalists everywhere. Since then she’s appeared in tons of comic books, animated, and live-action productions. And oh yeah, she dated that Superman guy…

In the town, streets named “lane” are usually abbreviated to “LN” but the Department of Public Works and Parks gave them permission to spell it out for the best effect.“The new name is a perfect match for That’s Entertainment, because we’re in the comic book and pop culture business,” owner Paul Howley told the Worcester Telegram & Gazette, “and just about everyone says it’s a super idea.”

Earlier this year there was a campaign going to get a Kansas town renamed “Smallville” for Clark Kent’s hometown. There may be other “Lois Lanes” in the United States but this is the first I know of being specifically named for the character.