Lois Lane, Girl Reporter: The Awesome Comic That Never Was And Probably Never Will Be 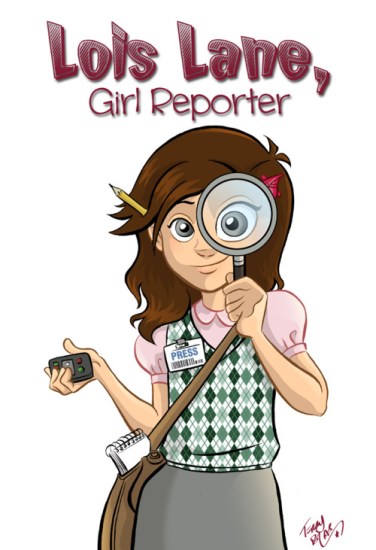 Comic pitches are thrown around left and right in the industry, in formal meetings, at social events. Some get made, some don’t. This particular story goes back about a year, when creator Dean Trippe posted on his Tumblr a project of his that never came to fruition. It was called Lois Lane, Girl Reporter and was brought to light once again this weekend when artist Terry Blas was inspired to post a cover image based on Trippe’s unfulfilled idea. Read on for some fantastic images as well as the story which is both wonderful and depressing. 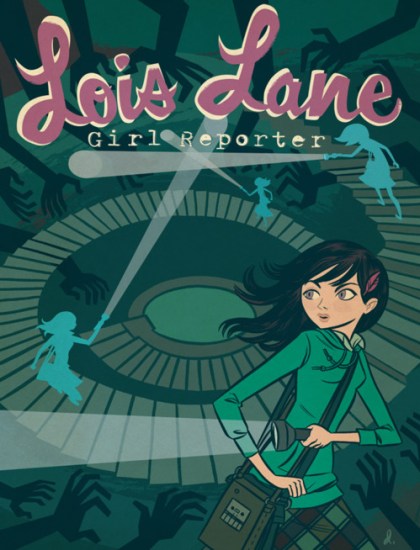 I don’t know about you, but I’m already sold. Here’s what Trippe wrote:

[Lois Lane, Girl Reporter was] a pitch for a series of illustrated young adult novels I worked on a few years ago for DC Comics. Story by me, with considerable brainstorming help from my pal John Campbell, and art by Project: Rooftop fan favorite Daniel Krall.My wonderful editor, Chris Cerasi, was a real champion of the series, which we codenamed “Project 77,” and while we had a great time working on it and finding this secret window into the DCU, it doesn’t look like the current leadership of DC is remotely interested in this kinda thing. I thought some Lois Lane fans here on the interwebs might at least like a look at what might have been.

Over 2,000 notes on tumblr later, I think it’s safe to say Lois Lane fans did want to see it. Blas called it, “the best and most important pitch for a comic I’ve heard in a long time.” The premise, as Trippe described it, would have had Lois discovering her path to investigative journalism at eleven-year-old. “She sets out to right wrongs and help out her friends. This series explores Lois’s character, reveals her surprising early influence on the future Man of Steel, and introduces fun new elements into this enduring character’s back story,” he wrote, adding that each book would have found Lois solving a problem or mystery affecting people in different parts of the country. “The investigations in this series will not be mystical or supernatural (though some characters may suspect such sources), but real world problems that Lois works to set right.”

Trippe goes on to describe in detail what Book One would have entailed (Lois exposing corruption at a pharmaceutical company), Book Two (Lois gets a scholarship opportunity in Gotham and meets Bruce Wayne), and posts some sample prose. He also mentioned how he would have gotten an 11-year-old Lois to meet a young Superman as per DC’s wishes. “They wanted me to have Clark and Lois meet at one point, which I thought was insane, but then came up with a bit I liked where Clark goes to help Lois, who’s in greater danger than she realizes, undercover at an OverCorp student outreach week,” he wrote. “Clark has to use his developing powers (entering the soon-to-be demolished building by leaving a boy-shaped hole in the wall), so he grabs Lois’s red scarf and wraps it around his head like a mask. But Lois won’t trust anyone wearing a mask. That’s why Superman doesn’t wear one.”

And that, dear readers, is the gist of Lois Lane, Girl Reporter which will likely never be made. Someone wondered why Trippe didn’t just produce the series as a webcomic, gaining no profits, so as to not infringe on DC’s copywrite and he replied.

I sold the concept for ‘Lois Lane, Girl Reporter’ to DC back when it looked like their licensing division would find a way to publish it. I’d be extremely happy to see (and share) more fan art for LL:GR, but I won’t be working on any publications, myself. These days, and for the forseeable future, I’m devoting as much of my time and creative energy as possible to characters I own, especially Butterfly Lark. Eleven-year-old Lois will live in our hearts, and I suspect, eventually find her way into the official continuity, presumably following half a dozen future reboots.

It makes me sad of course, comics like these are ones I’m constantly hoping publishers like DC and Marvel will produce, and not just to help gain the female/younger demographic (they would) but to give a little variation to their usual releases. Blas had something interesting to say about that, in fact. “What I find more insulting is companies thinking that only young girls would be interested or should be interested in this,” he wrote. “I’m a 31 year old man, and I would love to read this book. I could care less what gender or what age the characters are in a story, as long as the story is told well.”