That Could Have Ended Badly: Loaded Revolutionary War Cannon Found in Central Park 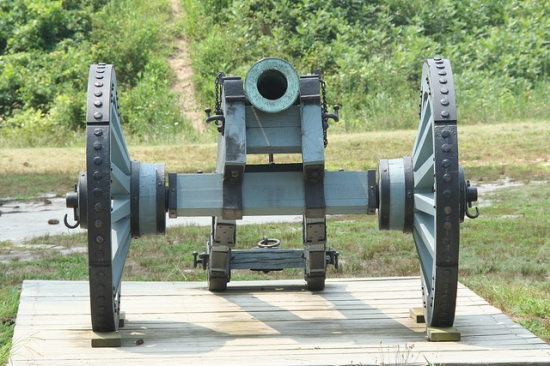 It seems like this story could have easily gone in a much worse direction, but a 230-year-old piece of artillery from the time of the revolutionary war was being restored at the Central Park Conservancy when workers realized that it was loaded. Thankfully NYPD officers safely removed the gunpowder and no one was hurt, but it’s hard to believe a loaded cannon was on display in Central Park for over one-hundred years without anyone knowing. How did that happen?

The cannon was first placed in Central Park after being donated by someone who recovered the piece from a sunken British ship in the East River. The cannon was capped with concrete and put on display in 1860 without anyone realizing it was still loaded. It stayed open to the public until 1996 when it was taken inside the Central Park Conservancy to protect it from vandalism.

When workers removed the concrete capping the barrel as part of a restoration effort, they saw a cannonball inside and called police. It may be hard to believe the fact that the cannon was loaded was overlooked for so long, but that could be because it was 90 years old when it was first donated to the park and had been salvaged from the bottom of a river.

A lot of people would have assumed a 90 year old gun that had been submerged in water would no longer be capable of firing, but after removing 800 grams of black powder that police say could still have ignited, it seems like the gun could have gone off at any time.

CBS New York, who broke the story, has video of the cannon, black powder, and the cannon ball: