It Might Be Time to Delete Your LiveJournal | The Mary Sue 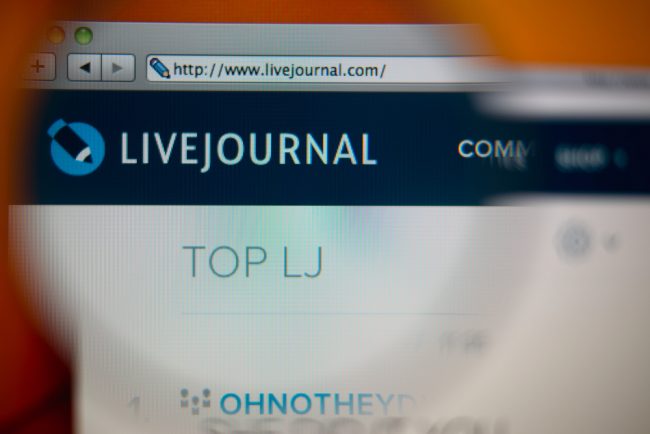 LiveJournal, the famed home of teenage angst and George R.R. Martin, has changed its user agreement to require compliance with the domestic laws of the Russian Federation – and that could be potentially awful for political and LGBTQIA content. As io9 summarized, “the new agreement is designed to put the site in compliance with Russia’s internet laws, which are subject to extreme censorship under the guise of protecting children.”

LiveJournal was bought by the Russian company SUP Media in 2007, but the servers themselves weren’t relocated to Russia until December of 2016. The new Terms of Service (TOS) agreement bans “political solicitation” and requires that any content which is considered “inappropriate for children according to Russian law” be marked as adult/18+ content. Given Russia’s attitudes toward LGBTQIA content, this likely means any queer content must be marked as 18+. Some users have argued that the new terms could even constitute an outright ban on LGBTQIA content.

In addition, any LiveJournal blog which receives more than 3,000 viewers in a 24-hour period must register as a media outlet; this places that blog’s content under even further content restrictions. Critics of the new policy further worry that LiveJournal’s compliance efforts will expose users to the Russian police force’s invasive web monitoring.

In short, there’s never been a better time to delete that old LiveJournal.

Of course, concerns about the TOS come with some caveats. The terms don’t apply to permanent, paid accounts, so some of the platform’s most popular users – who would otherwise be in danger from the 3,000 viewers rule – don’t have to worry yet. In addition, realistically, these changes are aimed primarily at Russian users. LiveJournal is one of the country’s most popular blogging platforms, and Vladimir Putin faces an upcoming election in March of 2018. Given that timing, this certainly seems like the beginning of a domestic pre-election political crackdown, rather than any sort of international censorship effort.

That said, users from other countries will still be required to agree to the TOS. Though they don’t face the same danger that Russian users might, they could still have their accounts deleted. They may still be aggressively monitored.

For other, more detailed write-ups of the TOS, check out Global Voices AdVox or some Dreamwidth posts here and here.

(Via io9, Global Voices AdVox, Daily Dot, and Crime and the Forces of Evil; image via Shutterstock)