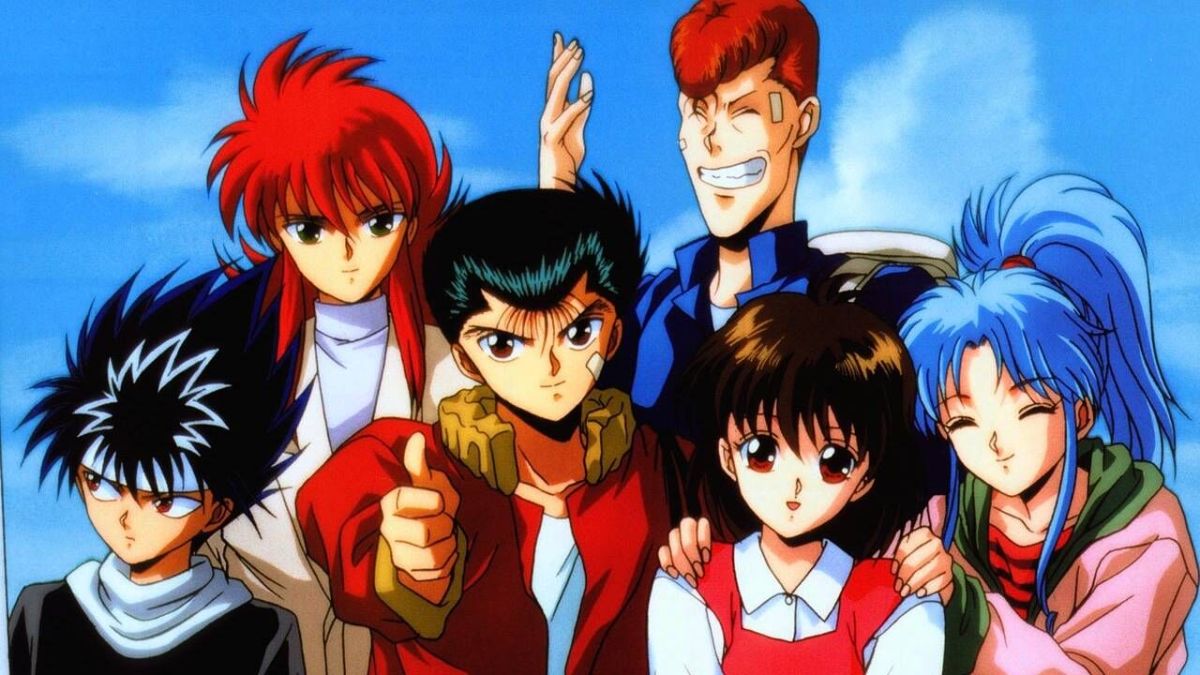 When it comes to anime, Yu Yu Hakusho is like comfort food to me. It’s that series that puts a smile on my face whenever I see someone talk about it and I’m always happy when people remember to mention it when discussing classic shonen anime.

When Yusuke dies saving another’s life, he’ll embark on a journey across the world of humans, spirits, and demons to return to the land of the living. Yoshihiro Togashi’s legendary manga Yu Yu Hakusho will be a live action series on Netflix! pic.twitter.com/K4t5eNta9d

I … well honestly my first thought was “OMG MORE YU YU HAKUSHO” because I’ve been starved for content. In a world with Dragon Ball Super, Fullmetal Alchemist: Brotherhood, and Hunter x Hunter (2011) (which is by the same creator of YYH, Yoshihiro Togashi), I’ve always kinda hoped that we’d get some kind of YYH revisit. Granted, the OVA and the stageplay were nice, but as far as I know, they were only released in Japan.

Sakamoto noted that he grew up with the original manga, and he still vividly remembers its excitement and impact. He added that it now has fans throughout Asia and the rest of the world. He said that Netflix is assembling a team of the best talent from Japan and abroad.

So yeah, I was happy … until I sat with my feelings for a bit.

You see, Netflix doesn’t have the, uh, nervous chuckle, best track record when it comes to adaptations. After all, morbid curiosity had me hate-watch this:

And the latest animated adaptation they’re offering looks like this:

(I swear I’m not kidding when I say that’s a trailer for Winx Club.)

Now that the sun has risen and I’ve had coffee, I have some thoughts to share in regards to the treatment of one Yusuke Urameshi and his crew of misfits.

Listen. I know it might be real tempting to tell a moody as hell story about a 14-year-old delinquent with an alcoholic mother who’s got a grim outlook on life before he dies in the very first episode of the series, leading to him traveling to the land of the dead and facing terrifying demons, but please remember that Yu Yu Hakusho, even with that premise, looks like this:

That girl in pink is the one who ferries souls to the spirit world, by the way.

Yusuke Urameshi is a thug WITH A HEART. He’s got a single mom who’s a mess but he’s not depressed about it, he’s just real about his circumstances. He’s a tough guy but NOT an asshole — something the Spirit World gets wrong when they’re surprised he gives his life for a kid.

Yusuke is the boy who will take a bicycle and go on a car chase with it to try and save a kidnapped friend, ok? This is the boy who, when facing one of his very first demon opponents, found out that the guy just wanted to save his mother and OFFERED TO SACRIFICE HIS SOUL SO THE GUY COULD BE WITH HER!

Also, please don’t forget that he wins with ass-kickery AND unbelievable amounts of “you could’ve been killed” luck. He can fight, but he’s also the guy who won a battle because he thought he remembered something from science class.

Oh, and I’m begging you to remember that this is the ultimate anime underdog who, under terrible circumstances, is fueled by determination and pettiness. This is the boy who flipped off an entire stadium of haters and legit threw his shoe at an opponent in the middle of a life and death situation.

As for the rest of the group?

Notice the colors. Notice the silliness. Notice the FUN. Please, I implore you to realize that even if these four go through some shit that they will always find time for hijinks. Yu Yu Hakusho does get dark, but at its core, it’s a lighthearted shonen anime full of heart. We got a guy who shoots off energy blasts with a FINGER GUN and a boy who pulls a rose out of his hair and turns it into a whip.

Do NOT make this a serious weapon. It is a ROSE whip. This is a boy who uses flowers in battle. Do not pull a Saint Seiya, Netflix.

Also if you remove the absolute swagger of these four I will riot.

What are your thoughts on this live-action adaptation? Cautiously optimistic or spirit gun it out of existence? Personally, I’m trying to see what the cast looks like, and no matter what happens I’ll be happy with the inevitable resurgence of YYH fans.