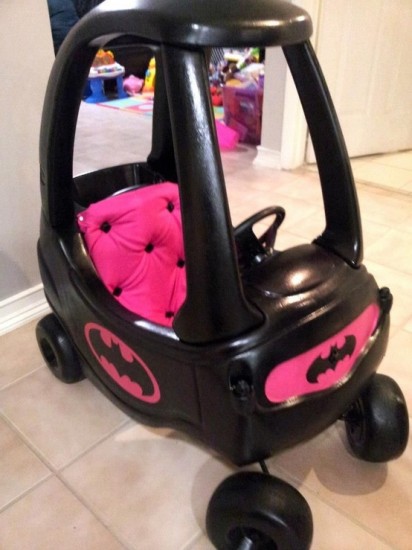 Instructables user Cinnamontwisties has a comic book themed room in her house so when it was time for her 16-month-old daughter to get a play car, she knew it had to be a Batmobile. Instead of buying a licensed car that would probably cost quite a bit of money, she created her own for $20. Check out how it was done and see the adorable superhero in training after the jump.

We found a cheap “Cozy Coupe” on craigslist and spent a whopping $10 on it. From there, with a little graffiti spray paint from my store (art store, Jerry’s Artarama) grafix paper for the details, fabric and gemstones from JoAnn Fabrics we were set. This was an easy Saturday project that cost no more than $20 total. Of course the cost varies on how much you spend on the car. We got lucky and for everything else I had coupons! Stinker now insists on eating her lunch in her batmobile while watching TV. 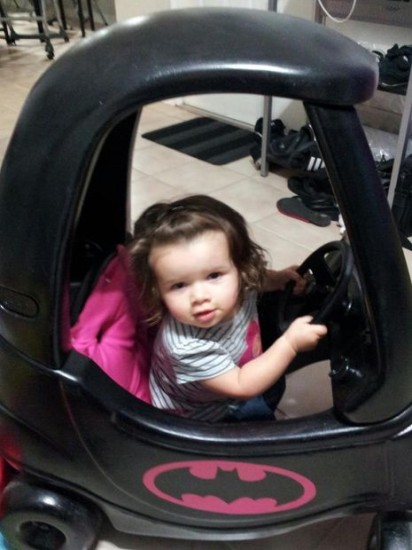