Why Did DC Comics Change The Hair Color Of A Girl Dressed As Batgirl For Halloween? 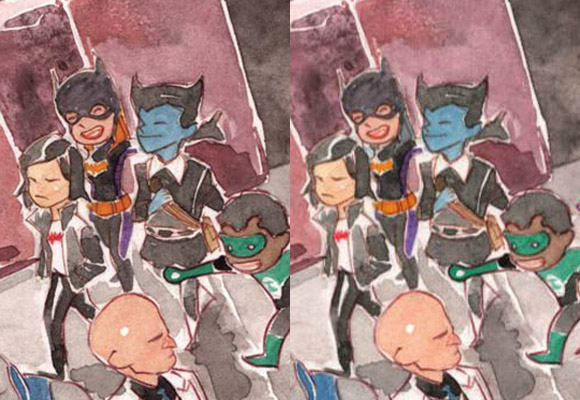 Ok, so I already gave away the change in the title so we can’t play a game of “Spot the Difference” but what I can tell you is the image on the left is part of a page from Dustin Nguyen and Derek Fridgolfs’ digital-first Lil’ Gotham comic. On the right is what DC Comics sold on release day. The only alteration is Batgirl’s hair color. The image is not of Stephanie Brown/Batgirl but rather a person dressed as the character among a group of other folks dressed up as DC heroes and villains for Halloween. We’ve posted the full images after the jump and we leave it up to you to discuss. 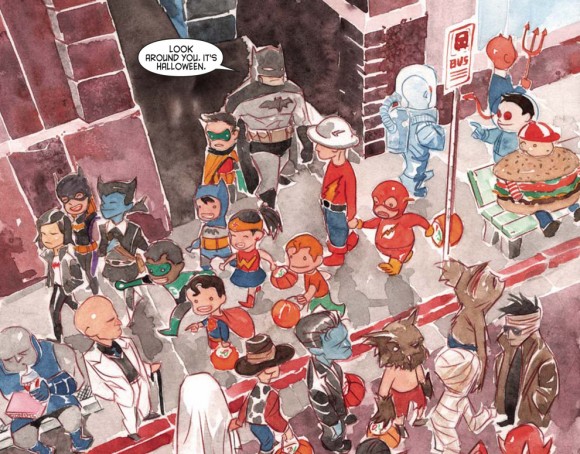 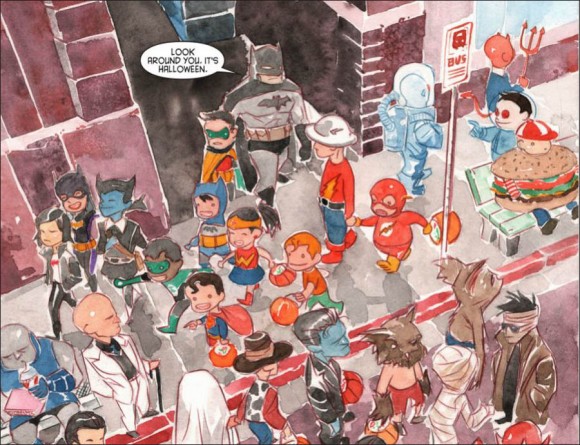