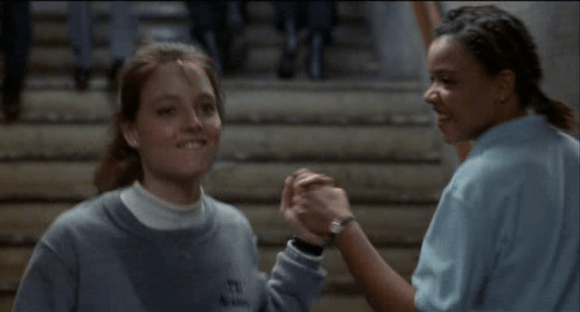 Omigod, you guys, can you just picture what the life of plucky detective Clarice Starling was like before she met that creepy Hannibal Lecter? Lifetime is in the “early stages of development” for a show exploring just that, and aren’t you just totally excited? I’m kidding. You’re probably thinking that’s kind of a dumb idea, aren’t you? Let’s go ahead and judge this thing before it’s even reached actual development! Meet me after the jump!

So, fans of The Silence of the Lambs know that Clarice Starling (originally played by Jodie Foster, who won an Oscar for the role, then by Julianne Moore in Hannibal, who won the chance to watch Ray Liotta have his brain eaten by Anthony Hopkins) does actually have a somewhat troubled past; her father, a cop, was shot and killed when Clarice was 10 years old. She then lived on her uncle’s farm, where she witnessed a lamb being slaughtered. And then she ran away, ending up in an orphanage. But then, she grew up into a perfectly functional adult and attended the University of Virginia, followed by FBI training school where she desired to pursue serial killers for a living.

And it’s that time in Clarice’s life that Lifetime wants to turn into a series. The fresh-out-of-FBI-academy Clarice, who is just starting to work with the scary, scary serial killers.

I believe the appropriate question here is this: Why Clarice Starling? Why delve into the mythology of a story that’s actually about Hannibal Lecter if it takes place in a time before Clarice ever met Hannibal Lecter? Lifetime couldn’t come up with an original character? Surely if they wanted to do a series about a young woman beginning her career with the FBI who has some demons in her past, they could have come up with someone new rather than raise the hackles of so many fans of a beloved franchise of books and movies. On the other hand, Clarice Starling is a fascinating character who might deserve a closer look, perhaps in the form of a TV series.

Maybe it’s just the whole “Lifetime” thing we’re worried about. While they are clearly making efforts to develop shows with strong female protagonists, this is still the channel on which I just watched Murder in the Hamptons. (Yeah, I watched that thing. Until it was over. Yup.) Yes, this is the channel that has Project Runway on it, and we love that show. But still — Lifetime. Lifetime.

So, let’s reserve judgement until it actually happens. Because it’s going to happen, and there’s nothing we can do about that.

ETA: It should be mentioned that NBC is also developing a prequel series based on the Hannibal Lecter story, except theirs is centered on FBI Agent Will Graham, who will be played by Hugh Dancy.