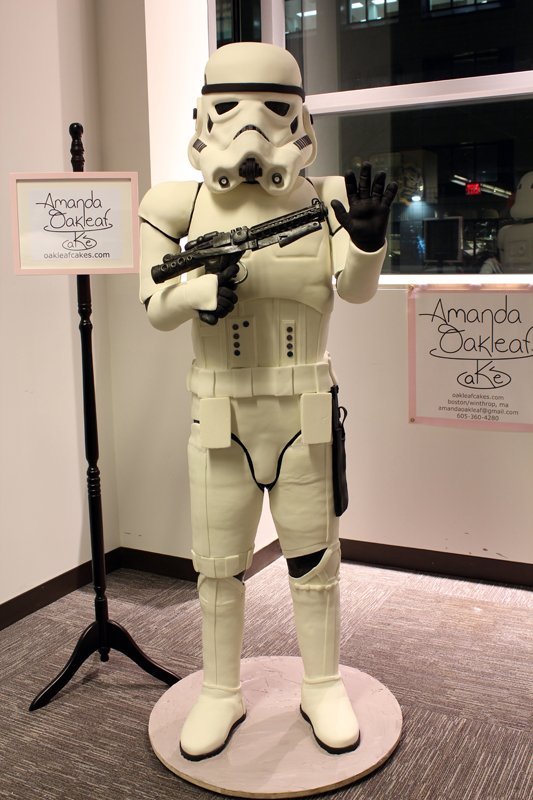 This is not a cosplayer at a Star Wars convention, it’s one giant cake. The crew at Oakleaf Cakes recreated a life-sized Stormtrooper out of all sorts of sweet deliciousness for the Arisia Sci-Fi Convention in Boston, Massachusetts. Check out how it was put together, what it’s actually made of and see what happened after 600 hungry convention goers got their hands on it. 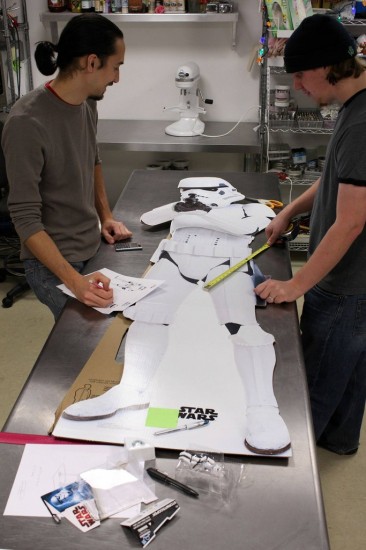 The creators bought a cardboard cutout to get the dimensions correct and then built a type of skeleton structure to support it as well as making it modular so they could assemble it on site. 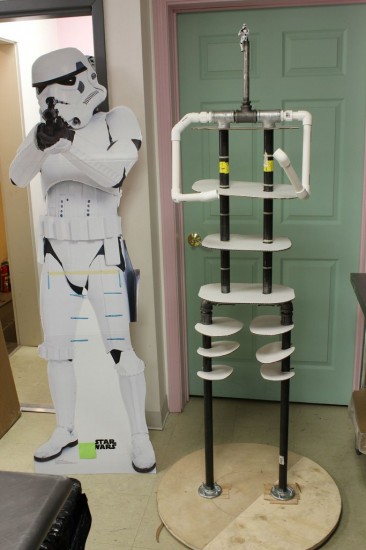 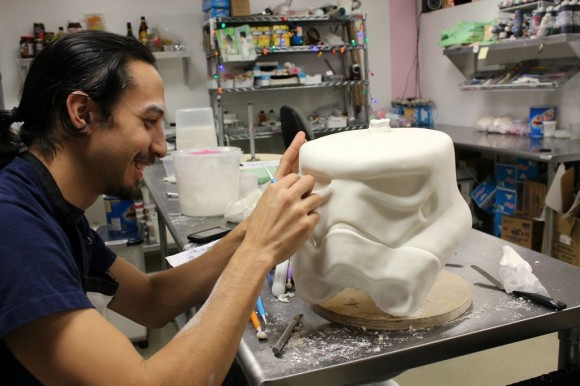 When we say “life-sized” we mean it. The Stormtrooper was 6’4 and weighed almost 300 pounds!

The building of the Stormtrooper cake was an epic event in and of itself.  It took our entire wonderful crew of ten people two full weeks of to put this guy together (although the cake wasn’t added until 2 days before it was to be served).  Along the way we even had to invent completely new cake making methods so it could be put together modularly onsite, hold its fondant over long vertical stretches, and stand on two beautifully sculpted Rice Kripsy legs that supported his 300 lb body –all while keeping every bit of cake tasting light, fluffy, and delicious! 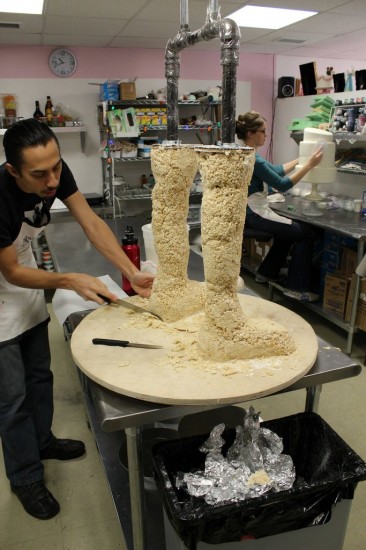 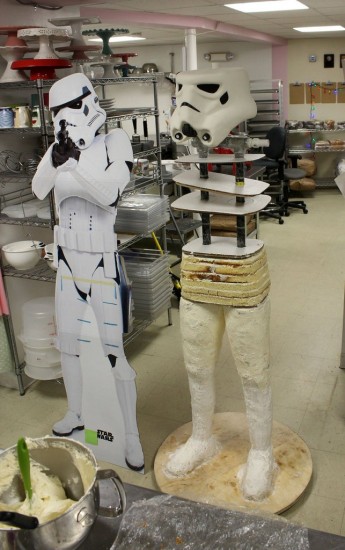 The legs were Rice Krispies but from there up it was all yellow cake. 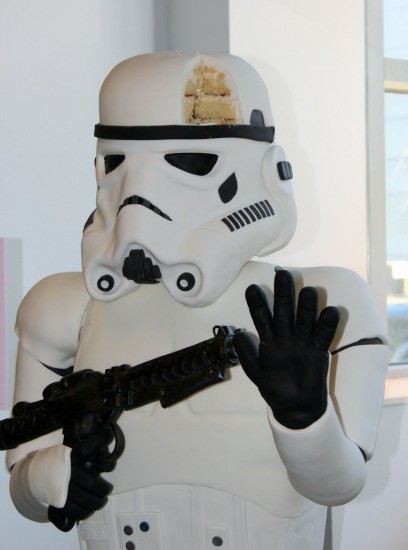 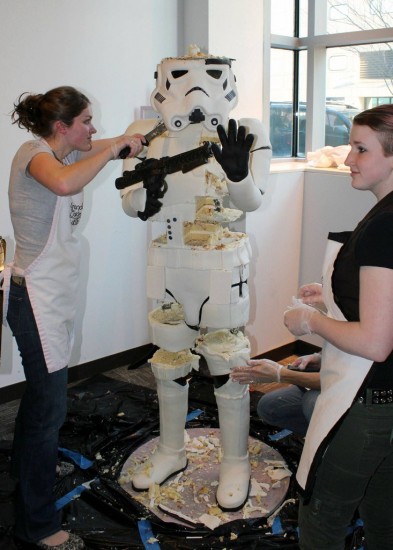 The conventioners would have eaten him all up except that they wanted to keep the arms on display for the remainder of the weekend. 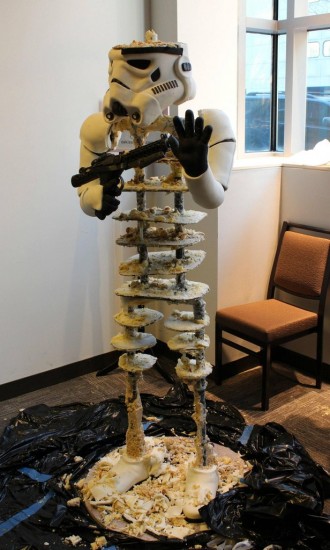 This is only half the team that put the Stormtrooper together. 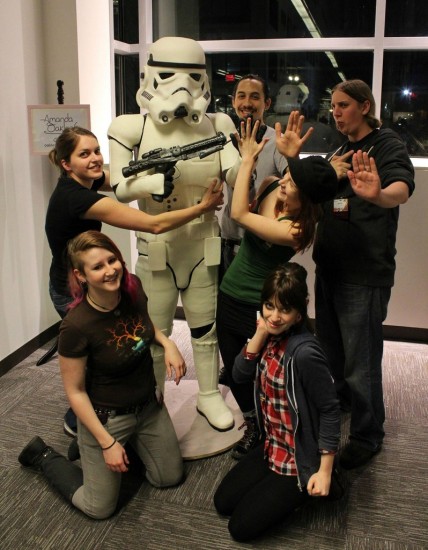