Review: Life Is Strange Episode 5: “Polarized” AKA Let’s Have a Feels Trip 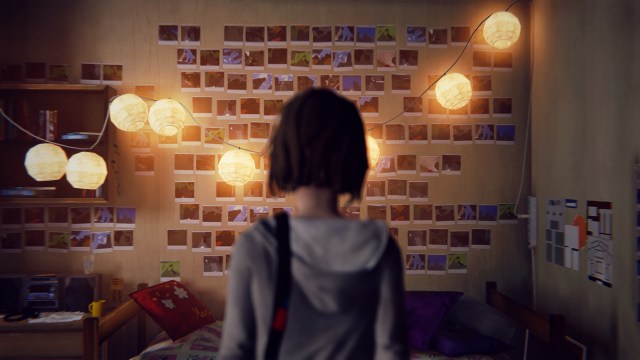 Life Is Strange Episode 5 is the conclusion of a series that’s often proven divisive in its handling of very real, very serious issues. To many, the overall series felt a bit ham-fisted, with dialogue that had many awkward moments, the number of which is second only to the amount of heart wrenching exchanges between its main character, Max, and her best friend, Chloe.

For a game that focuses on changing the past and reflecting on its meaning, Life Is Strange has a, well, strange way of wrapping up its story. Without getting into spoilers (yet), suffice it to say that the ending(s) will ultimately prove to be one of the more talked about moments in this game’s history. It’s something you could probably see coming a mile away, but that doesn’t change the fact that when the time comes, it’s still pretty gosh darn emotionally charged.

Before diving into spoiler territory, if you haven’t played Life Is Strange, I want to actually go ahead and recommend you do. Yes, the writing can be awkward and, at times, a bit stilted, but these things aside, the story is gripping, and the art (all hand-painted textures) is gorgeous—though the animations can be wonky. The game has a knack for getting you invested into the story, and fast. It’s entertaining, and honestly, I always love to see more games placing an emphasis on story. While the ending does evoke reminders of Mass Effect 3, it doesn’t detract too much from the rest of the game.

As someone I know once said about another venture, “It’s like the book was great, but the ending was weird.”

One of Life Is Strange‘s strengths is its soundtrack. It feels like a carefully curated selection of music that’s just so placed to evoke the right emotion at just the right time. There’s a song on the Life Is Strange soundtrack titled “Obstacles,” by Syd Matters. It’s a lilting, meandering tune that reflects on, well, reflection and wraps the series up nicely. It also touches on this idea that there’s “sunshine for everyone”—that everyone deserves to be happy.

That push to make people happy is, ostensibly, what Max tries to do throughout the series. In the first episode, she finds out she has this miraculous power that we all wished for as teenagers, this ability to rewind time and change the events of the past. Max being Max, she immediately uses it to save the life of her old best friend, Chloe. 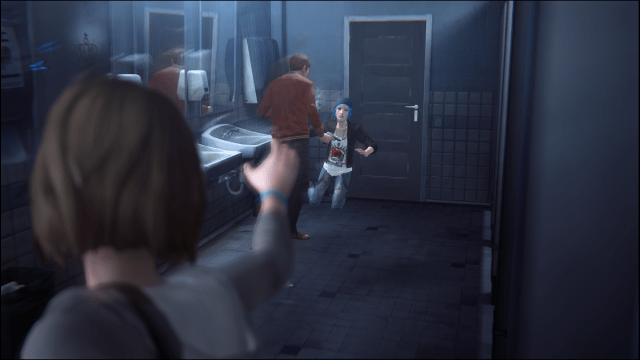 From that point on, the game spirals from fixing one thing to fixing another to fixing everything, only to find out that in the end, all throughout this final episode, things are more messed up than you could possibly imagine, and in ways more than one.

Today we will sell our uniform
Live together

In Episode 5, Jefferson has plenty of creepy monologues describing “girls and innocence” and “purity.” But during one of his shudder-tastic statements, he says that Max had changed in the past week, that she went from “nerd to hero.” In one way, it could be seen that Max shed her uniform, gave up on an old identity in order to become more bold in hopes of doing the right thing. 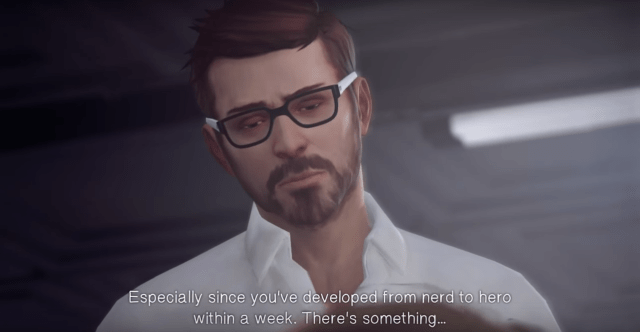 After escaping from Jefferson’s dark room, Max spends a huge chunk of her time saving practically everybody in town, placing herself into danger to make sure they’re safe. She becomes “Super Max,” saving as many people as she can, trying to get them to live.

We played hide and seek in waterfalls
We were younger

Midway through the game, Max slips into a kind of … nightmare hellscape. That’s the best way I can describe it, and honestly, that whole sequence deserves its own post. It’s a clever, otherworldly way of showing—not telling—Max’s priorities. She walks through familiar backdrops made surreal by the addition of infinite hallways, doors that open to other doors, and characters that guilt Max into thinking she’s only fucked things up beyond repair.

There’s a (pretty tedious) sneaking section of the game where Max has to sneak around in the dark, foreboding torn up landscape of her psyche, hiding from all the male characters in the game who are seeking her out with flashlights. Past that, Max literally walks down memory lane, recapping the events of the past four episodes, but with one particular central thread in mind: Chloe. 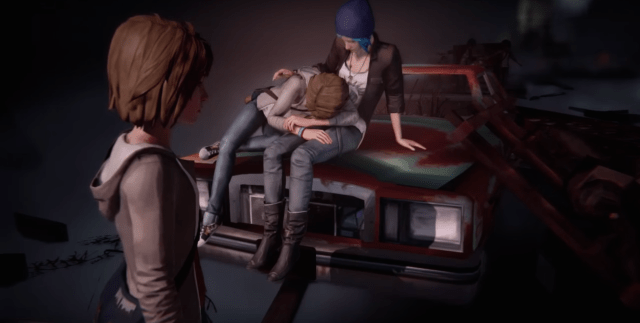 I want to say that up until this point, I had lied to a lot of the townspeople to save their feelings. I didn’t tell David that Chloe was dead, and I sure as shit didn’t tell Joyce that. But when it came to talking with Chloe, I told the truth the whole way, without even really realizing what I was doing. In my playthrough, Max confided in her that she knows she fucked up, that the tornado is coming because of everything she’s done for Chloe.

So when Max finds herself back at the lighthouse, with the tornado moving ever closer to destroying Arcadia Bay, Chloe comes to the realization that they could save the town if Max goes back in time to let Nathan kill Chloe in the bathroom. 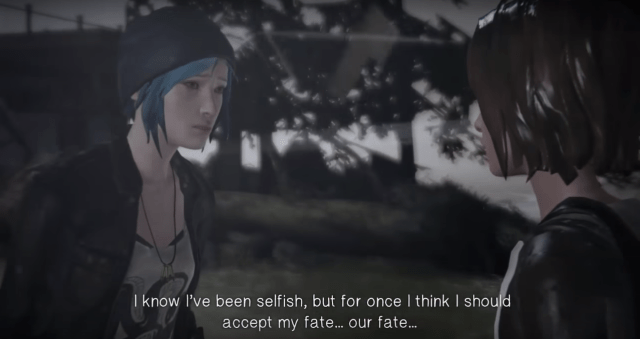 Suddenly, you have a choice to make: save Chloe or save Arcadia Bay.

Either you save all these people whose lives you’ve been working to improve over the course of the entire series, or your save Chloe, the one person who’s kept Max going this entire time.

It’s here where I have to be honest with myself and acknowledge the fact that this is kind of a controversial design choice. Having all those choices and all that work over the entire series come down to one choice, one decision brings back some awful memories of the Mass Effect 3 ending. No matter what you do, much of the choices you’ve made and work you’ve done gets tossed out the window.

Call me a monster, but I didn’t connect with the rest of Arcadia Bay. I saved Chloe.

The ending plays out, with the instrumental ending of “Obstacles” rising to a crescendo in the background. Chloe and Max are driving through the wreckage that was Arcadia Bay, and past the diner where many people were hiding out. As they both drive off into the distance, the song wraps up, and fades to black.

In the end, after having seen both endings, I truly want to believe I made the right choice. I want to believe that this is where Max was supposed to end up. Throughout its five episodes, Life Is Strange continually reminds you of the fact that your choices will have consequences. Choosing this ending, I don’t know for sure that I made the right choice, because it essentially renders everything else I did null and void. It’s kind of a lopsided decision, and that’s what’s leaving such a sour taste in my mouth.

But I guess that’s the point, isn’t it? Having to make a decision, albeit a completely fantastical, unrealistic one, is extraordinarily difficult. There are no happy endings, and there are no easy decisions. Was that the message they were trying to get across? It’s questions like these that will be Life Is Strange‘s testament. It’ll be remembered for the inevitable discussions and debates over what the “true ending” might be.

And you know what? I think that’s just fine.