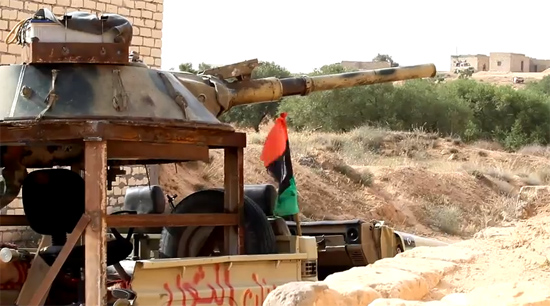 The rebels currently fighting Gaddafi’s forces in Libya have added a new piece to their so-called Mad Max arsenal of improvised weapons: the tank truck. Strictly speaking, it never was a tank — the turret and gun are from an armored personnel carrier. But what is undeniable is that it is a gun turret welded to a pickup truck. More importantly, it’s fully functional.

The video […] show rebels firing what appears to be the turret-mounted 2A28 Grom gun of a Soviet-designed BMP-1 armored personnel carrier from the back of a pickup. Yes, the entire gun turret has been mounted on crude metal supports in the bed of the truck. Note the office swivel chair that has replaced the original gunner’s seat.