Canadian Library Will Loan Out People as Well as Books 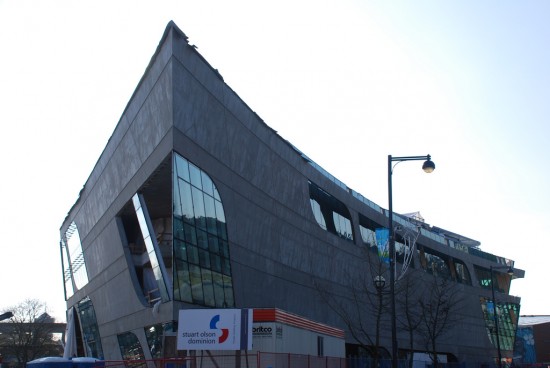 It’s no secret that libraries are struggling: Between budget cuts, the popularity of ebooks, disagreeable digital publishers, and big-box book stores, libraries are being slowly squeezed out of the book business. To combat this, more and more libraries are turning to community-oriented functions and novel services to justify their existence. That’s presumably what the soon-to-be completed Surrey City Centre library, of British Columbia, is planning with its new scheme to loan out people.

The program is far less insidious than it sounds. The library has assembled a group of volunteers with particularly interesting skills or histories, and has a system in place to put these people in touch with knowledge seekers. If you’re looking for someone to practice your German with, or to ask about their experiences during the Great Depression, or their struggle with illness, the library will put you in touch with an appropriate individual. Once in touch, you can meet in the library’s cafe, keeping the entire operation under one roof.

The library says that this is an effort to breakdown stereotypes and promote discussion, but it’s also an interesting admission of the limitations of recorded history. Not every story will be written down and remembered, even in our dawning information age. Some perspectives will never be told, and many tales lost, but at the Surrey City Centre library, you can get the story first hand.