Leonid Meteors Peak This Weekend, Watchers Can Make Up to 20 Wishes per Hour 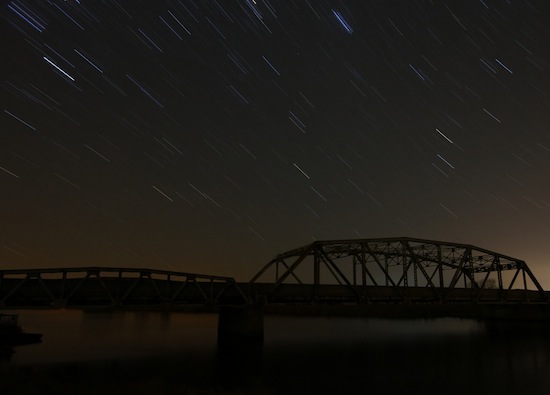 Set your alarms, because this is something for which it is worth waking up early. The Leonid Meteor Shower is making its annual return appearance this weekend. The shower has actually already started, but the best time to see it is tomorrow morning in the hours before dawn. With an average of 15 to 20 meteors per hour,the Leonids are always an impressive site. We’d say they’re worth standing outside in the chilly morn with your pajamas on.

The reason for the early recommended viewing time is that the Moon will be below the horizon in the hours before sunrise. That means there will be less light in the sky, which should make more meteors visible. If you want to see the meteors, but hate the idea of doing anything pre-dawn, you’re in luck. The Moon will only be a thin crescent tonight, and thin crescents reflect a lot less light than big full moons. Even if you cheat and watch before bed there shouldn’t be a lot of light interfering with your viewing experience.

We’re still planning on waking up super early to see it. When it comes to meteor showers, the less light the better, and this is the kind of thing we live for. Meteor showers are way cool.

The Leonids is caused by the Earth passing through debris left behind by comet Tempel-Tuttle. This debris hits our atmosphere and burns up, and looks awesome when it does. Looking to the east, towards the constellation Leo, will be your best bet for seeing the meteors. That’s where they’ll appear to be coming from, but don’t panic if you don’t have a clear view of Leo. The meteors can be seen throughout the sky.

Anyone planning a viewing party for the meteor shower tonight? We’ll bring Twinkies.