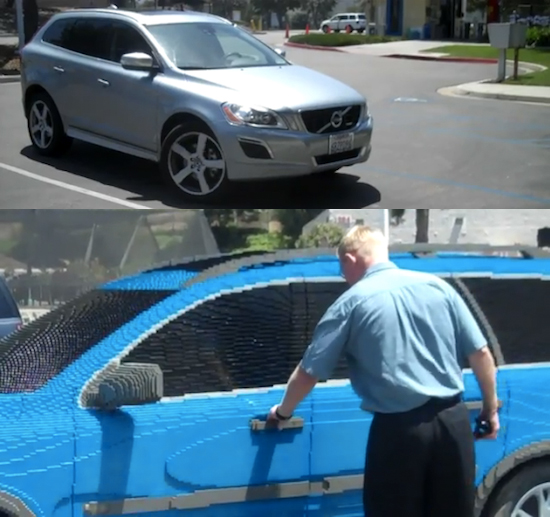 The Model Shop team at LEGOLAND California played a prank on General Manager Peter Ronchetti: They replaced his Volvo XC60 with a life-sized LEGO model of an XC90. The model was built with 201,076 LEGO bricks and weighs 2,934 pounds. The LEGO model was actually built in 2004, and Model Shop supervisor Tim Petsche noticed that the model greatly resembled Ronchetti’s Volvo while it was being refurbished. So, like any good employee or friend would do, someone stole Ronchetti’s car keys, moved his car, returned the keys, and then the team used a forklift to plop the LEGO model down in its spot.