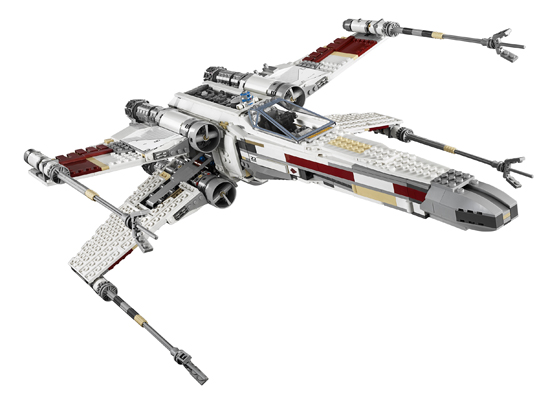 LEGO is one of those companies that constantly and consistently produce odds and ends that are worth purchasing. They’re also notorious for supporting whatever’s going on in popular culture with themed sets. Case in point, the company’s revealed that a new Star Wars X-wing starfighter set will be coming out in May! Rejoice! Probably the only unfortunate part is the cost, but if you’re a real enthusiast that shouldn’t stop you, should it?

The set, officially titled 10240 – Red Five X-wing Starfighter, will be available for $200. That’s a nice sum of money to drop on a LEGO creation, but it’s not all that uncommon for the larger sets to go for over $100 at least. It does include 1,558 tiny plastic pieces after all, and licensing the Star Wars name and other trademarks isn’t cheap.

If you want to hear all about the design straight from LEGO, they’ve released a spiffy video that details the whole thing: