Great Scott! Back to the Future LEGO Set Finally Happening 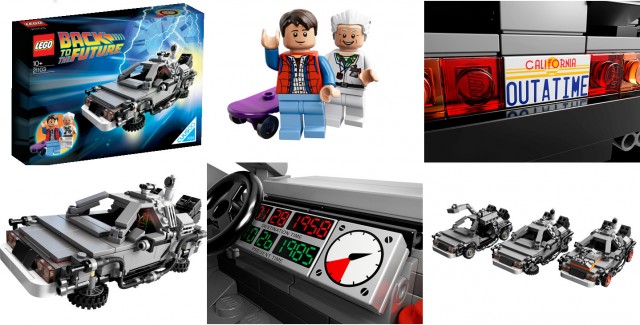 When you’re done thanking LEGO for this set and for the countless hours of your childhood spent blissfully snapping bricks together, thank Masashi Togami and Minifig-Builder Sakuretsu as well. They’re the fans who actually designed the set and submitted it to LEGO’s CUUSOO program.

If you’re not familiar with CUUSOO, it works similarly to the White House’s “We The People” petition site. Fans submit set designs, and if enough people vote for the submission then LEGO gives it an official look. If they like it, it goes into production. The Back to the Future set is the fourth such CUUSOO set to be approved for production by LEGO.

CUUSOO is also responsible for Minecraft, and Curiosity Rover sets. There’s no official word yet on the Curiosity set’s release date or pricing, but I desperately need one on my desk. I also need the Back to the Future set. Then I can put the Flux Capacitor on the Curiosity and make myself a time-rover.

The Back to the Future set will be available to order through LEGO’s website starting August 1st and will sell for $34.95.

No one steal my time-rover idea. I’m submitting it to CUUSOO as soon as I’m done writing this. Also to NASA.

(LEGO via The Verge, images via LEGO)